The frontwoman's new EP 'Wolves' is out now 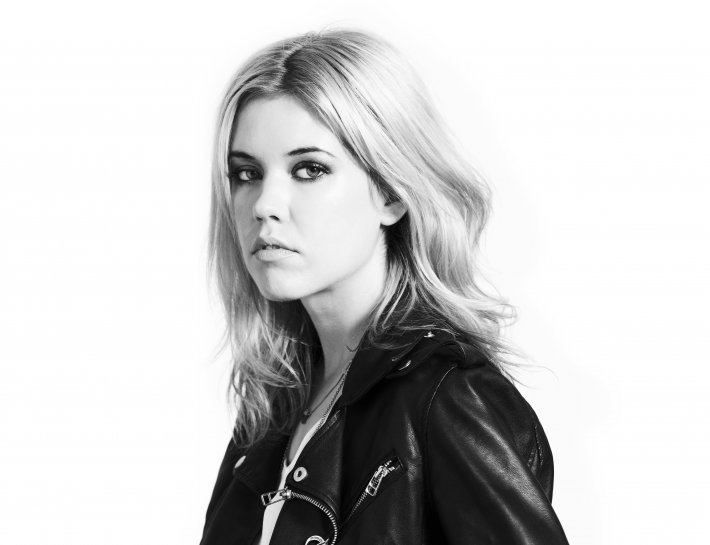 Following on from the glorious success of her self-titled debut EP, which earned itself over 350,000 Spotify plays, Australian singer and songwriter Em George has now returned to unveil her eagerly-awaited follow-up collection 'Wolves'.

With a wide array of influences that include Leonard Cohen, Joni Mitchell and Nick Drake, 'Wolves' makes for an incredibly humbling and uplifting initial listen. With her own bold and soaring voice wrapped up in a wave of dream-pop and indie-rock vibes, her latest material sees her grow into one of the most promising emerging artists we have heard so far this year.

So with her new EP available to stream now, we sat down with her to find out more about her origins and what has inspired her most of the years.

Singing if it counts as an instrument...I've been obsessed with it as long as I can remember and sung constantly all the time. I also used to play the violin as a kid but would turn it to the side and play it like a guitar instead so that's a close second!

Listening to the work of other songwriters, connecting with particular songs that influence me to write; they shift and change all the time depending on my mood so it's hard to choose! Famouse Blue Raincoat by Leonard Cohen is one, River by Joni Mitchell, These Days by Nico but sometimes it will be a really cheesy pop song.

I was obsessed with The Beatles, I bought their entire catalogue and listened to them every day without fail. I also loved Etta James.

There were a few but the main one I really remember was At Last by Etta James, I think my grandmother played it for me? Or it was in a film and I fell in love with it.

I like to get up and ready to music that gives me some energy. It's a mix of artists but there is always some Led Zeppelin in there, The Gossip, The Beatles, Primal Scream, The Strokes, probably some Spice Girls in there somewhere too.

All my songs are written from my own life experiences or people in my life. A few exes I've wasted time on, and then beautiful friends who inspire me all the time. My Grandmother too.

My new EP has had some great reviews from Triple J here in Australia which was an amazing cool moment. But my first EP had over 350.000 streams on Spotify which was my fave moment so far.

I'm an Art junkie and always have been. I've studied Art for my whole life and love everything about it.

Definitely something in the Arts, an Art Curator or Art Director. I also love styling too, so a stylist would be a cool move.

Just to always be open to learning new things and experiences in the music world. Also if you're wanting to record your songs but can't afford a studio; music schools always need singers for their student projects. It's how I used to get my first demos done and get some studio experience.

Em George's new EP 'Wolves' is available to stream and download now. Have a listen to it in the player below.

2 days 12 hours ago Following on from the release of their much-loved 2018 record 'Shiny and Oh So Bright, Vol 1 / LP