Their new single 'Ball & Chain' is out now 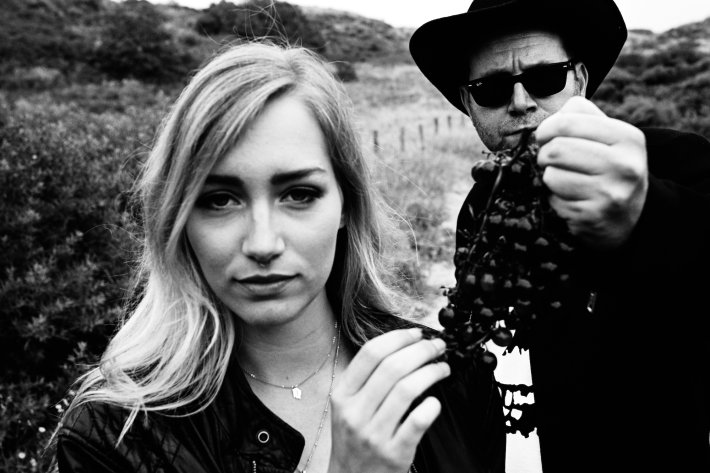 After releasing their fantastic EP 'Vicar Pop' near the end of last year, Dutch duo Eruption Artistique have now returned to deliver the official video for one of the collection's standout offerings, 'Ball & Chain'.

Channelling a mixture of blues-rock and alt-pop textures from start to finish, 'Ball & Chain' makes for a wonderfully captivating listen. With its sweeping textures, bold hooks, and driven sound, this is one we simply can't get enough of right now.

So with the new video available now, we sat down with Bas for the group to find out more about his background and influences over the years.

I think I was twelve. I was completely electrified by Slash his 1980 B.C. Rich Mockingbird, the one he used in You could be mine. The power and aggression of that guitar made me feel absolutely upside down.

I always loved the music my father played. He is a collector of vinyl. When I was young I was a huge fan of the Doors, Cream, the Clash, Small faces and Jefferson Airplane. The more Fuzz the more I enjoyed it. The first track I remember really touching me was Break on through… from The Doors. I think I was eight, it was on a mixtape of my father, playing it as loud as possible in the car: it was heaven.

Double album, Best of the Doors. Still love that one.

I wish I wrote Slide Away from Oasis. Most beautiful song ever. Give me two glasses of whiskey, play that song and I start crying my heart out.

I don’t have any rituals or whatever. I believe in beauty. For making music I mostly get influenced by reading literature and watching cinema. I love post war English and American literature like David Mitchell, Jonathan Franzen, Don Dellilo, Anthony Burgess. A big inspiration for our videos are the works of Paolo Sorrentino and Harmony Korine.

I mostly listen to music from the sixties or the nineties. I recently checked out some Neo Psychedelic bands from the West Coast US. I’m a big fan of Wooden Shjips and Moon Duo. But Anna Von Hauswolff is also a recent pleasant surprise for me.

Would be cool to open for my two favorites : Oasis and the Dandy Warhols. Even better would be to work together with them and write some killer new tracks.

Most rewarding is when we make people want to dance and rock on our music. Make them happy and inspire them to create art (music, photography, film, paintings whatever) themselves. In the future it would also be very rewarding when our music is used in a movie or series. Cool music and awesome visuals can be golden.

The most frustrating part is that because we do everything ourselves in our band/collective we also have to send our music and videos to blogs, radio stations etc. Mostly the reactions are really cool, but when you are ignored this can be quite frustrating. Especially in your own country it sometimes feels very stupid when they play many completely uninteresting songs and they don’t play Eruption Artistique.

Best advice we got: make music for yourself. If you like it, it’s awesome. Music is magic and one of the highest forms of art on this planet. Rock N’ Roll will never die…cheers.

Eruption Artistique's new single 'Ball & Chain' is available to stream now. Check out the new video for it in the player below.

3 hours 32 min ago Following on from the announcement of her new album earlier this week, Rina Sawayama has now retu

5 days 21 hours ago After breaking through with her incredible cut 'miss u' last month, which found support on Wonder