The frontman's new single 'No Subject' is out now 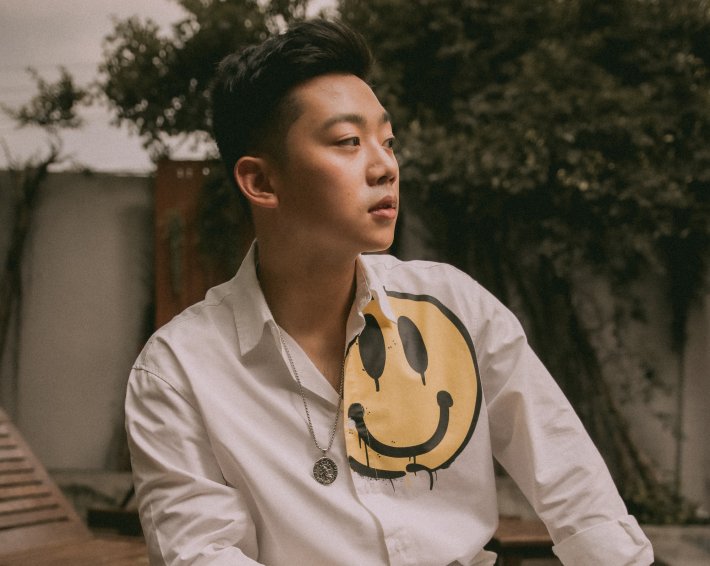 Having spent the last year releasing a wave of bright and uplifting pop delights, London-based artist FrenchW has now returned with his latest upbeat offering 'No Subject'.

Following in the footsteps of acts like LANY and Lauv, 'No Subject' sees the frontman deliver a truly uplifting return. Filled with sensual production, laid-back hooks, and a breezy vocal style, this new gem is just what you need to bring a smile to your face.

It’s definitely guitar. Even though I didn’t know how to play it back when I was young and gave up after a couple of lessons. Luckily, I can do gigs with it now.

Mental health. It’s quite hard to pick a particular inspiration behind my music because it’s usually a collection of feelings and incidents that somehow end up being together. But the prominent ones have to be mental health. Mental health is an issue that should be spoken and addressed in our modern generation. Many people have suffered and been through hardship in regards to an abused mental health. We, as artists, have the ability to heal those who are suffering through our music. I saw many real, emotional comments with the release of my song “Hurt Yourself”, in particular one comment saying that she was about to cut herself but this song popped up in her playlist and stopped her from doing that. And I’m glad that my song can be somewhat therapeutic to someone.

It’s funny because I’m still a teenager - 19 years old! I have come to love classical music since I started high school. I spent a decent amount of time training as a classical singer and so I listened to lots of them - learning and adapting their techniques. The classical genre is quite deep if you really study them and understand the context behind each piece of music.

My mom took me to many Thai pop stars concerts when I was young and I wanted to be like them. I wanted to influence people in an emotional way, as well as to have fun on my own behalf because who doesn’t like music? The process of making music is quite inspirational as well when you let yourself immerse into the sound.

I’ve been listening to Lawrence, Quinn XCII, and LANY. Their latest releases have been mind blowing and really unique.

All of my songs are about people in my life. I often take that as an inspiration to write songs about because they mean something to me. So I have now written a little more than 120 songs and all of them are about people whom I have crossed or shared a special moment with.

We’ve all been surprised by Covid-19. I had to leave London, cancelled my first festival slot, come back to Thailand and still don’t know when to return. Other than that, I’ve had some unusual experiences at gigs I did in London. One of them that I remember from the top of my head was a gig at Hackney. We were playing to the audience of 10-15 and the stage center was this couple on a leather sofa. Everything was normal until I started playing one of my romantic ballads from my EP and they started making out. Extremely. It got to the point where some of the audience members were walking out. I came out of that gig with my mate and we were just like “what did we just see?!”

It would be in my wildest dream to open a show for Ed Sheeran.

I would wanna become a chef or work in the culinary scene. Despite music, I enjoy cooking very much and could see myself spending the majority of my time studying culinary. Not to mention I enjoy eating very much as well.

It has to be Livingston Taylor’s words when I was at his workshop. He said “you need the audience more than they need you”. This hit me really hard and made me realise that performing arts would mean nothing without the audience. Therefore, I appreciate every single one of them and really grateful to know that my craft means something to someone.

FrenchW's new single 'No Subject' is available to stream and download now. Have a listen to it in the player below.

12 hours 20 min ago Following on from an impressive array of releases over the last year, Maisie Peters has now retur

12 hours 13 min ago After making a huge impression as solo acts over the last few years, critically-acclaimed pop pow