Getting To Know... Good Sport

Getting To Know... Good Sport

The producer's new album 'Boring Magic' is out now 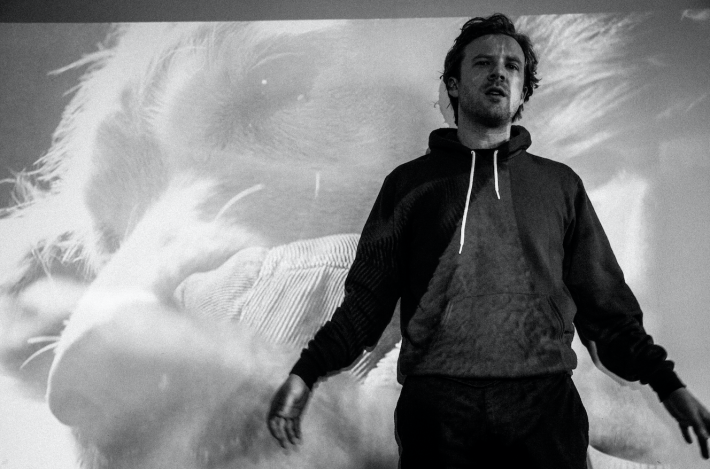 Having spent the last few years releasing a flurry of bold and inventive cuts, Pittsburgh-based producer Ryan Hizer aka Good Sport has now returned with his latest album 'Boring Magic'.

As a firm believer in the DIY aesthetic, 'Boring Magic' looks to take a broad and diverse approach to his direction. Filled with fun and synth-based dance-punk, this new collection looks to merge the world of technicolour electronica with a distinct and pounding vibe that is quickly becoming his signature sound.

So with his new full-length finally with us, we sat down with him to find out more about his background and what has inspired him most over the years.

I got started on piano when I was five. In fourth grade I took up drums, then guitar around age 12. I didn’t pick up bass guitar until I was 18 or 19, but I think that’s my favourite instrument.

I gravitate toward songs with well-defined rhythm sections that generate a ton of momentum and push forward in a clear way. The physicality of sound is interesting to me. I like when a song feels like it’s telling you exactly how to move. I try to aim for that kind of clarity.

I was all over the place. I loved Nirvana and Weezer and all the typical 90s teenager stuff. I’m still a huge Blur fan. I was also really into hip hop and club music. I had a bunch of MTV Party-to-Go albums when I was in grade school and those had songs like “Supermodel” by Rupaul and “100% Pure Love” by Crystal Waters that I still love. The new songs are more in debt to early/mid 90s club and hip hop than any of the grunge/punk/rock I listened to at the time.

Can’t remember a specific song, but I remember the first time my friends and I wrote and recorded a song by ourselves and thinking, “Oh, this is a VERY fun new thing we’ve learned to do.” It’s still just as fun as it was then.

Every morning I go on a walk and listen to podcasts for an hour. I’m super lame.

I reflect more on the time spent working on stuff with my friends than I do on specific shows or bands we played with or any of that. The chance to explore fun ideas with people I care about is something I’m more and more grateful for.

I’m a designer for a living. I spend a lot of time thinking about colors and shapes. Typefaces. Composition. Photography. Animation. Visual stuff.

I just picked up gardening and would like to learn carpentry. I want to develop more useful skills. Songs are cool, but it’s rare that one is helpful in a tangible way. If I gave you some food, or built you a shelf or something, I’d feel more helpful.

Just keep making stuff and get used to most of it being very bad. It’s like treasure hunting. 99.9% of the time there will be no treasure where you are digging, but every now and then you’ll come up with a great idea that will make you feel like a genius for, like, a day. You will forget all of the failures you suffered to find it and you’ll think, “Maybe I turned a corner. Maybe I can make good stuff all the time now.” You will be wrong. The next thing you make will be one of the worst ideas you’ve ever had, and you’ll sink into despair as you dig through more garbage in search for another great idea. tl;dr: Get comfy with frustration.

Good Sport's new album 'Boring Magic' is available to stream and download now. Have a listen to it in the player below.

2 hours 1 min ago Following on from the release of Elbow's heavily-praised 2019 studio album 'Giants of All Sizes',

3 hours 3 min ago Having spent the last few months releasing a wave of smooth and solid retro-inspired offerings, F