The frontman's new single 'Future Focus' is out now 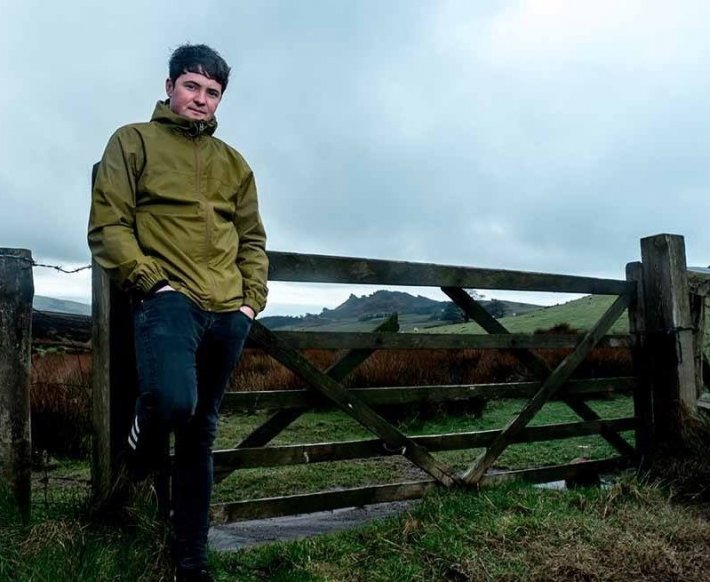 After releasing his highly-praised 2018 EP 'Where Did The Night Go', Stoke-based singer and songwriter Greg Poole returned near the end of last year to release his stunning comeback single 'Morning Light', and has recently shared his latest offering 'Future Focus'.

Taking his cues from the likes of Miles Kane and The War On Drugs, his latest slice of uplifting indie-rock looks to cement him as one of the most engaging emerging artists of the moments. With its soaring tones and his own distinctive vocals layered throughout this pulsing new single, he is looking to make a bold and triumphant return throughout the new year.

So with his profile on the rise, we caught up with the frontman to find out more about his influences and what has led him to where he is now.

I think I’ve always been one for great vocals and harmonies as the voice is the best instrument you can have. I had a few piano lessons at Primary School and I wish I had stuck at it, as I now want to learn again!

I was hooked into guitar music from an early age through good music taste from my parents & Uncle, which covered a range of artists that broadened my taste.

Indie music was huge when I was a teenager so I was instantly hooked on bands like The Libertines, Bloc Party, Kasabian, Arctic Monkeys and that entire scene at the time. But through listening to that you start to work backwards and then suddenly you find the real gold such as Bowie, Iggy Pop, Neil Young, The Bunnymen, The Smiths, Jeff Buckley, The La’s, Blur, Paul Weller and Oasis.

It depends on my mood. If I’m going for a run I want something that’s going to get me motivated and put me in a good frame of mind. I think a good mix of Motown, guitar classics and a bit of dance sets you up for the day. If I’m feeling a bit mellow than it will be something like a Richard Hawley album.

I’ve written quite a few songs about people that have been in my life or are currently; I think it’s inevitable that you write about what you know and experience. The songs that have emotional attachment are usually the best. I’ve got this song about my first proper break up and I recorded it a few years ago but felt really dissatisfied with the recording and it’s been bugging me ever since, but now I’m ready to re record it.

I’ve had a few. I’ve been lucky to support some fantastic artists such as Ian McCulloch, DMA’s, Bill Ryder-Jones, Paul Draper, James Walsh to name a few. But I think the few times I’ve played shows and had people singing my songs back at me, that’s a special feeling.

I’m a Manager at a Students Union putting on events & shows and before that I was the Manager/Promoter at a small music venue in Leicester so it seems if it’s not making music then I’ll always be involved in the industry in some capacity!

Greg Poole's latest single 'Future Focus' is available to stream and download now. Have a listen to it in the player below.