Their new single 'Losing Grip' is out now 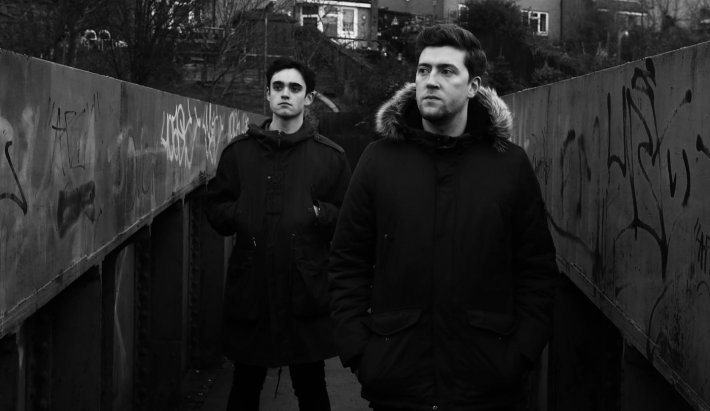 Taking their cues from fellow alt-rock outfits such as Foo Fighters and Biffy Clyro, 'Losing Grip' sees them return in stellar form. Filled with euphoric aesthetics, killer hooks, and a catchy chorus to boot, it feels like we will be hearing a lot more from these two over the next few months.

So with the new single out and about, we sat down with them to find out more about their origins and what has been inspiring them most over the years.

Matt: Its funny when i think back, my parents brought me and my brother a small guitar one Christmas at the age of around 5 or 6 - and it was rare that i’d pick it up. It wasn’t until I was about 13 when i decided I wanted to play guitar and straight away fell in love with it.

Jack: Absolutely the guitar. I always had a little ¾ size classical guitar in the house growing up that I’d make noise on as a kid, and when I got my first proper guitar for my 10th birthday I got sucked in and have been obsessed ever since.

Matt: Rock/Hard rock music has always been my go to and to be honest it's not changed much since my teenage days. I think as you get older you begin to branch out a bit and as someone who plays music you try and find inspiration and gain an understanding of different genres as you go along.

Jack: It’s the classic story of being brought up on my dad’s music collection; loads of Hendrix, Led Zeppelin, The Who etc. As I started finding new music by myself, the big ones were Arctic Monkeys and Oasis, but it’s always been pretty varied, from indie rock through funk and blues to more electronic stuff.

Matt: I think if i can recall correctly it was Eminem - Encore, now i’m not sure if it was a gift or i went out and brought it but all I’m going to say is… EP 2 could be a completely different kettle of fish.

Jack: The first album I went out and bought myself was (What’s the Story) Morning Glory. I remember 10-year-old me listening to it back-to-back for weeks.

Matt: That’s a very hard question to answer - I’d probably say ‘All My Life by Foo Fighters’ as after i saw that song played on Kerrang! one morning, I sat there and thought - I need to buy a guitar.

Jack: Would have to be Little Wing by Jimi Hendrix. Has to be one of the greatest bits of guitar work ever written.

Matt: Once I have a few chords that i can work with i’ll quickly turn my attention to thinking of the structure. For me that’s so important and a good thing to establish early on. Once I’ve established that then you can play around, change parts and experiment with chords and sounds.

Jack: Throw sh*t at the wall and see what sticks.

Jack: I’ve been digging Grandson’s new album lately, as well as loads of Yonaka and Enter Shikari. It changes wildly from week to week though, just come out of a big Vulfpeck and Tank and the Bangas phase.

Jack: I’d love a chance to open for Biffy one day.

Matt: Playing shows is always great and seeing people enjoy music you’ve worked on and released - that’s a great feeling. I think though, from a players point of view, seeing your ability grow and being able to pick things up quickly, that for me is the sense of practice paying off.

Jack: Hasn’t happened for a while thanks to COVID but playing festivals is my happy place.

Matt: I’ve not had many but when mixing the EP Marc said this which did make me look at the process differently as Jack would confirm I really do scrutinise about these things… - ‘If a song is a good song it will be a good song whether the vocal is half a db louder or not... that never kills a good song... The important thing to understand is: EVERYONE hears things differently’.

Holding Poison's new single 'Losing Grip' is out now. Have a listen to it in the player below.

2 days 12 hours ago After reviving the moniker near the end of last year, Nick Murphy has now announced a brand new a

2 days 12 hours ago After impressing so many with her brilliant debut EP 'Talk' earlier this year, fast-rising 17-yea