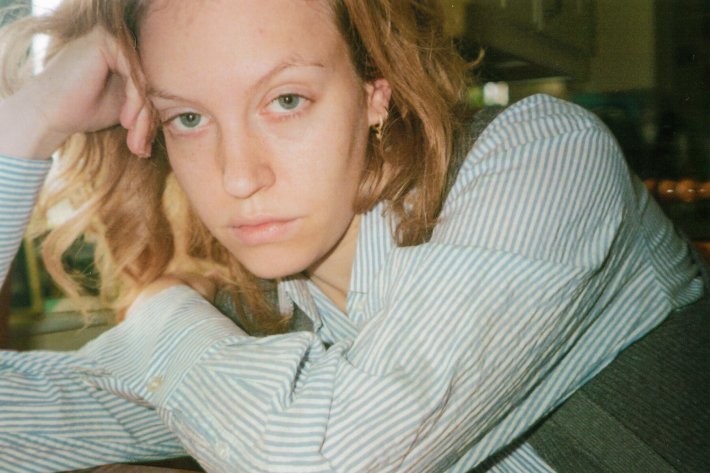 After spending the last few months building and developing her sound, London-based singer and songwriter ilonalowe has now unveiled her debut singles 'Holy The Night' and 'New Year's Day'.

Channeling the rich and dynamic sound of acts like Phoebe Bridgers and Laura Marling, these new offerings make for a bold and captivating introduction to the emerging artist. Filled with a sweeping energy, uplifting production, and a timely festive aesthetic, her first releases look set to kick off a great future for her.

So with the new tracks available now, we sat down with her to find out more about her background and what has inspired her most over the years.

I always loved the rich sound of piano, and it was the first instrument I ever learned to play - I wasn’t much cop and gave up lessons when I was about 10. Instead, I picked up guitar for a couple of lessons when I was 13, and have been teaching myself how to play ever since.

Sitting next to my dad on the sofa and listening to his favourite albums on his massive hi-fi system every night when I was very young. On rotation would be Bruce Hornsby, Mike Oldfield, The Corrs and various film soundtracks. Never the trendiest stuff, but it taught me a lot about what makes a great song.

Pretty much as soon as I turned 13, I discovered My Chemical Romance and Fall Out Boy and all the rest of those edgy Emo legends. Paramore, Enter Shikari, Letlive etc. But at the same time I was also a massive Pussycat Dolls(!) fan at one point and loved all the stuff in the charts just as much as the angry shouty material. I ‘spose emo-pop is a thing now, Lauv and chap with the really big mouth whose name I can’t remember and the 1975. Do you think they were fans of Pussycat Dolls too?

Somewhere almost silent, otherwise I can’t think clearly. That said, most of my songs have come about through chatting to myself in my head - some phrases will pop up whilst I’m in deep thought about something or other, and I’ll have to note it down in my phone. A couple of recent ones are ‘I like her, she’s an absolute nightmare’ and ‘I’ll sleep the sleep of the just’. Sounds like the latter came about after a nine hour shift.

Birdy’s new stuff is stellar, she’s so incredible, she’s basically gone back to her roots with it which fills me with nostalgic warmth, because I listened to her first album religiously when I was about 15. Fleet Foxes’ new album has been on repeat, “Got To Keep On” by The Chemical Brothers. Lots of different stuff. The Killers and Cherry Ghost also make some honorary appearances on my recently played playlist...

None, in the last few years anyway. When I was about 20 I used to write a lot of sly digs at a vast array of people who (at the time I was convinced) had treated me poorly, but these days I prefer not to give those people the satisfaction of having a song written about them. Actually, I’m very fortunate that there’s nobody toxic at all in my life at the moment - or maybe my attitude has changed. Who knows?

Disappearing bassists, pre-performance drunkenness, somebody being convinced they saw Freya Ridings creeping into my previous project’s EP release gig - all quite scary at the time but ultimately worth a giggle.

Actually, you remember the Boardmasters that got cancelled the night before the event in 2019? That would have been the first ever festival I played. I was so excited, but seven hours before we were due to set off, our guitarist called to tell me the festival wasn’t happening anymore. It was gutting really, but you’ve gotta laugh. So annoying that it was quite funny.

It’d have to be Weyes Blood, even if it only meant I got to see her doing her stuff and observing how she works from a fly-on-the-wall point of view. She’s a real pro, and she could probably tell me a few things.

Well I’m still trying to figure that one out, because I’m hesitant to call myself a musician or an artist by profession. In the spirit of transparency, I couldn’t even pay for three meals a month with the money I earn from music. The harsh reality is that most of us creatives these days (if not living off inheritance or family money) need a backup plan, but I’m not sure what that backup plan is yet. I work in a shop to keep me going, but I don’t want to do that for much longer. Check back in a few months!

Izzie Yardley said that you should never be afraid to let others see you grow. I have to remind myself regularly that perfection isn’t attainable, and I shouldn’t be seeking it out even if it were. Breathe from your belly. Also, if you’re quite as consistently flat as I am, my dad says to envision dropping onto the note from above. This’ll help you get the note bang on.

ilonalowe's debut singles 'Holy The Night' and 'New Year's Day' are available to stream and download now. Have a listen to them in the player below.