Getting To Know... Jessie Monk

Getting To Know... Jessie Monk 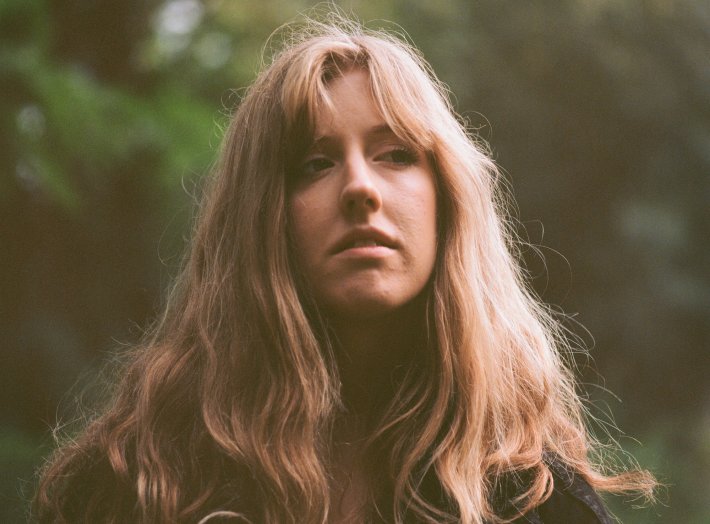 Having spent the last few years showcasing herself as a rising talent on the new music scene, Australian singer and songwriter Jessie Monk is back with her wistful new single 'Turns Out I'm Someone Else'.

Channeling the smooth and blissful tones of acts like Laura Marling, 'Turns Out I'm Someone Else' sees her deliver a truly magnificent beast. Filled with light and uplifting tones, subtle production, and her own incredible vocals at the helm, this new delight will surely sweep you off your feet from start to finish.

So with the new single out and about, we sat down with her to find out more about her origins and what has inspired her most over the years.

The first instrument I played was the violin, which is my favourite instrument to this day. But if I’m thinking about making love with an instrument that would have to be piano. I grew up with a grand piano in the house and I remember one winter the whole carpet got removed to be replaced and the grand piano sat in this big, now boomy room, and I sat with it for maybe four or five hours just bathing in the sound. It was one of my best mates growing up.

I guess for the songs on this EP, the most prominent inspiration comes from either my desires and yearnings or a feeling of existential bemusement. I’m often writing at the edge of emotional states, less as a craft and more of an emotional mediation process, trying to flesh out and soften into these hot spots of feeling.

Some of the greats, Jeff Buckley was huge for me, Jimi Hendrix, Fleetwood Mac, Joni Mitchell (she was a bit later, around 16) which then tumbled into getting into that whole folk revival crew. Then also some classic Aussie folkies like Paul Kelly, Angus and Julia Stone and a lot of Frank Ocean and BANKS in the earlier teen years. I was also very into musicals and listen to HAIR all the time.

It depends, I think any environment is rich soil for good music. I like the cities and the winter, because of the feeling of energy on the streets, and the atmosphere is filled with so much information from the people and the creativity that is generated in all sorts of galleries and cafes and bars and conversations. And that mixed with the solitude of a third of fourth story apartment is kind of sensually exciting. But then in nature or somewhere more quiet, also an atmosphere is rich with something else, and to get on its wavelength is just a different type of conversation. Also very rich with inspiration.

Well, I always return to Joni and Leonard obviously and actually 2020 has seen me really deep dive into the 1970’s folk revival more than ever before. But aside from that I’m so into some new artists that i’ve come across this year, namely Twain, Phoebe Bridgers and Laura Marling… many more. Some local artists have been blowing my mind; Mark Loughrey released an EP recently that I can’t stop listening to and I chuck on great friends Mone and Michael Brinkworth more than I care to admit.

None, memory has its own will, which I guess can be coerced, but who knows what I’ll remember of the origin of these songs.

Man there are just too many. I think I’m laughing 99% of the rehearsal and recording process. I’m notorious for ruining takes because I get too excited about how good everyone is and I start laughing.

Well, it’s a great question, for the artistic association, Bob Dylan or a Crosby, Stills, Nash and Young reunion tour or Paul Kelly would be epic. For the party, someone like Client Liason or Talking Heads, my material is totally not compatible there I guess.

I honestly wish I knew. It’s a great question. I think it’s not really possible to not converse with this world as a musician for me. I am also a dancer and I really love dancing, but even as a dancer I’m a musician, my body is just an instrument.

Jessie Monk's new single 'Turns Out I'm Someone Else' is available to stream and download now. Watch the new video for it in the player below.

1 hour 49 min ago Having brought the soul sound to a new audience over the last decade individually, Anderson .Paak

2 days 19 hours ago Since the release of her debut single 'As Tradition', a track that saw praise from the likes of N