The artist's new single 'None Of That' is out now 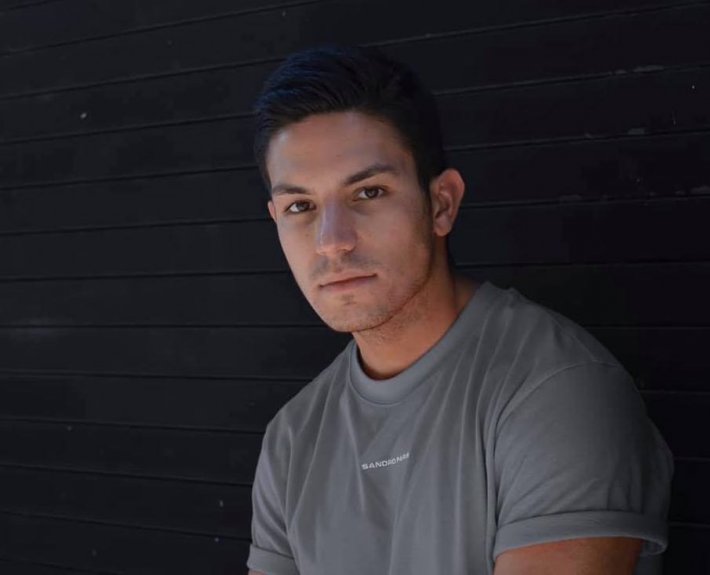 With his new EP set to arrive soon, which has already attracted the attention of producer Oak Felder (Lizzo, Rhianna, Demi Lovato), singer and songwriter Jeyhan now looks to wet our appetite with his latest sensual offering 'None Of That'.

Coupling Turkish influences, Latin rhythms and clean pop vocals, 'None Of That' gives the artist a truly unique sound on the world stage. With its fresh and vibrant dynamic, this new gem marks itself as a siren-call for self-empowerment, and he will be donating all funds raised in the first month of release to the Movement For Black Lives Coalition and The Centre For Black Equity.

So with his new single rising fast right now, we sat him down to find out more about his personal inspirations and what has influenced him most over the years.

Counting one’s voice, it would definitely be that. Ever since I was young, I only focused on the singer’s voice in a song, so I’ve always felt connected to singing. But for an instrument outside of the body, it would be piano! It’s such a beautiful instrument and I write all of my songs on piano.

I’ve always looked to my favorite artists (Beyoncé, Stevie Wonder, Whitney, Prince, etc.) for my main source of inspiration for my first few releases, but as I’ve gotten older, I have definitely been more influenced by my Turkish culture and upbringing. My past few songs have had some Turkish influence, but I plan on incorporating more sonic qualities of Turkish music in my next project. Lyrically, I talk more about my struggles with anxiety & OCD recently and have also written a bunch of self-empowerment songs that deal with inner reflection.

I kind of loved all types, but R&B/soul and pop music will always be my go-to. I love listening to 80s and 90s R&B/soul, so I listened to a lot of that while also listening to more modern 2010s artists like Ariana Grande and Sam Smith.

When I was really young, my mom literally only played Destiny’s Child, Beyoncé, or Turkish singer Tarkan’s music. I find this to be so funny because most parents would play bands or artists from when they grew up, but my mom was like “No. 90s and early 2000s R&B/pop and nothing else” lol! I distinctly remember having nightly dance parties to ‘Naughty Girl’ and ‘Baby Boy’ by Beyoncé and ‘Simarik’ by Tarkan. Those songs definitely ignited that performer energy in me, so I think that they were the ones that made me want to pursue music/entertainment.

It depends on my mood. If I’m feeling a little lazy, I’ll definitely play some soulful ballad stuff. Aretha, Jackie Wilson, Mariah, or Whitney usually do it for me. If I’m super pumped for the day, I’ll just play some upbeat empowerment stuff. I’ve really been getting into Megan Thee Stallion, so I’ll play her in the morning to get ready for the day.

Honestly, if my songs are about other people, they are either made up or extremely exaggerated. I haven’t been in a serious relationship, so I don’t really write any of my “love” songs about a specific person. They are either random stories I make up or an exaggeration of another situation. I have written a lot of songs about myself recently about my OCD and just self-reflection stuff. Being 20 has been difficult, so I feel like this is my “finding yourself” year.

The most memorable moment so far has been the release of my recent single, 'Tease'. It was released in October and I just feel like it was an introduction to the new Jeyhan. It was definitely the catalyst for an artistic turn in my career and led to the creation of my latest single, 'None of That'. It was my first time really co-producing too, which I love now. I’ve always been very involved in the recording of my songs, but with this one, I actually went in and layed keys and beats and all of that. It was also the first song of mine that had some Turkish influence, which a lot of people loved because it was super different from anything else out at the time. Also, Oak Felder (producer for Rihanna, Demi Lovato, Lizzo, etc.) heard it after adding me to his Instagram live and really liked it, which was mind-blowing! He’s Turkish as well, so it’s crazy that he heard it and could appreciate it.

My biggest passion is definitely social activism, especially on social media. I think it is everyone’s duty to fight for equality and the rights for all people, so I am very passionate about using my platform to do so.

It’s hard to imagine myself doing anything other than music, but if I had to think of something, I would probably be going into graphic design. I took a class on that in college recently and learned how to use Photoshop and a bunch of other editing programs. I have made almost all of my cover art for my releases, so I’ve always been interested in that stuff, but now that I know how to do even more with these programs, I would definitely be interested in pursuing it in some way.

I would say to just stay true to yourself and always keep working hard on your craft. Make whatever art you feel resonates with you and let everyone else catch up. Following trends and all of that is never going to fulfill you artistically, so just do you! Also, having a strong work ethic in this industry is imperative, so work and work and work at it until you reach your goals. I still have so much I want to accomplish, so I am always on the grind and trying to top myself with everything I do.

Jeyhan's new single 'None Of That' is available to stream and download now. Check out the new video for it in the player below.

13 hours 47 min ago Following on from the release of his surprise EP 'Heart Of The Night' last month, producer Hudson