Getting To Know... Julia Brennan

Getting To Know... Julia Brennan

Her new EP 'honest' is out now 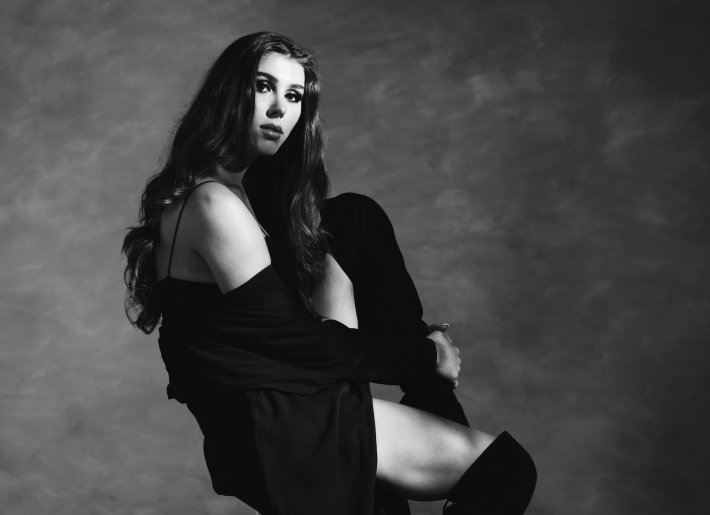 After spending the last few months releasing a wave of fresh and captivating offerings, US singer and songwriter Julia Brennan has now unveiled her latest EP 'honest'.

Featuring the previously shared singles 'casualty' and 'how does it feel', alongside the new lead track 'unblame', 'honest' makes for a wonderfully rich and engaging listen. Matching her own distinctly uplifting vocals to a bold and driven production throughout, this new release shows her in one of the most confident guises of her career so far.

So with the new EP doing the rounds, we sat down with her to find out more about her background and what has inspired her most over the years.

The piano! I fell in love with it so fast. My grandma played incredibly well and every time she would come to visit when I was little, I would sit on the piano bench next to her and put my hands on the keys, pretending to play with her. I eventually hijacked my sister’s piano lessons and the rest is history.

Hmm, I feel like there wasn’t necessarily a specific song, but someone just told me to start writing my own music, and so I did. I didn’t even realize you could just do that. I thought songwriters were some specific group of elite writers and there was some process you had to go through to be one. But I loved writing. I’ve journaled since I was 10, and creative writing was my forte in school, so when someone told me to start writing my own songs, it just made sense.

My love for ballads peaked in high school. Adele, John Legend, and Sam Smith were on repeat.

At my parents’ house, we have a dedicated “music room” and I love it. It’s a small little square room with the piano facing big windows, and it’s my favorite place to write or just sit and play. The inspiration comes at random, but it’s always the place I go to get things out of my head or off my chest.

My taste of music is all over the place. I love, and would say maybe relate to writing wise the most, Billie Eilish, Gracie Abrams, and oh my goodness Olivia Rodrigo’s new song driver’s license HELLO. But I also love Morgan Wallen, Dan & Shay, Chelsea Cutler, mike., Lewis Capaldi, and of course (of course) Harry Styles.

Most, if not all of them. And if they’re not about someone directly related to my life, they have some kind of persona connection.

I think the beginning and I didn’t even realize how unusual it was at the time. The more I get into this industry, the more I realise how unusual it was. That a massive local radio station would play a local artist’s song and multiple labels would take interest so quickly. So cool, but so strange.

Funny enough I originally wanted to act. I enrolled in college for a theatre major and was taking acting classes during my free time, that was the plan. I never thought I’d make it in music, so I put it on the back burner but here I am. But for real, Bridgerton is rekindling my love of acting, and quarantine has gotten to me because I’m convincing myself day by day that moving to England and just showing up in costume is a good plan.

I feel like when I started out I was so concerned about doing everything “right”. Trying to write what the label was hoping to hear, being afraid to voice my opinion in a writing session, trying to be “pop enough”. But to be honest, after working with so many different people, they’ve all given me the same advice in a sense, to just be true to yourself as an artist. It sounds cliché, but it’s true. Write what you want to write. Don’t focus on making a “good song”. Just be you, and be honest.

Julia Brennan's new EP 'honest' is available to stream and download now. Have a listen to it in the player below.