His new single 'air to live' is out now 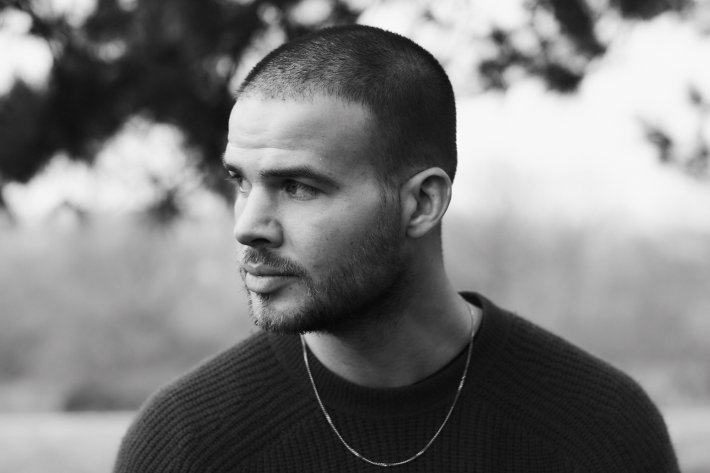 After cementing himself with a fresh and illustrious array of gems these last few months, including the highly-praised 'dissolve’ and ‘animal brain’, London-based artist Pierce Kavanagh aka kav. has now returned to unveil his shimmering new single 'air to live'.

Lifted from the forthcoming debut EP 'For New York', which is out later this year, 'air to live' channels a wonderfully sweet and joyous atmosphere. With his warm and effervescent voice riding a bed of broad and progressive production throughout, this new one will certainly pull on your heartstrings from start to finish.

So with the new single available now, we sat down with him to find out more about his background and what has been inspiring him most lately.

Probably quite a standard answer, but I got my first electric guitar when I was about 11, I would play the two chords I knew on this little Marshall amp with distortion turned up to 10, I thought I was sick!

My Dad used to race cars, so I remember long car journeys traveling to race tracks with him when I was a kid, he's a big fan of all types of music but it was rockier stuff that I resonated with like Radiohead, REM, Manic Street Preachers.

Pretty much any Frightened Rabbit Song I guess... lyrically I love ' I wish I was sober' Its stupidly good.

Not really to be honest, writing music comes in waves for me so I either find songwriting process pretty smooth or impossible, its too inconsistent for rituals.

Australian band Spacey Jane, they are amazing. A Scottish Indie ban Called Wrest who I'm going to see in London in a couple of weeks, Also George O'Hanlon is sick!

Making all that money from Spotify.

May be a bit obvious but was actually a penny drop moment for me... I think to push yourself when your practicing, its easy to get caught up in playing the same type of things all the time, you won't get any better unless you challenge yourself.

kav.'s new single 'air to live' is available to stream now. Check it out in the player below.

10 hours 33 min ago With their eagerly-awaited new album landing in just a few weeks, Orbital have now dropped the ne

13 hours 31 min ago After cementing themselves with a wealth of rich and shimmering delights these last few years, Ir