Their debut singles 'Alcohol & Cigarettes' and 'Settle Down' are out now 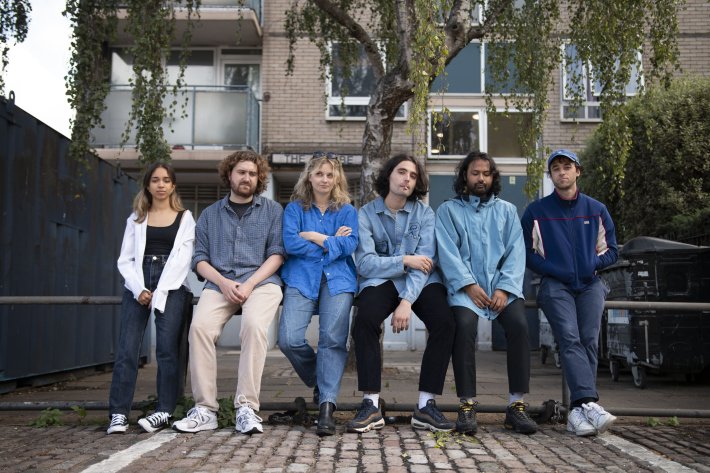 After spending the last few months building and developing their sound, which looks to blur the lines between indie, rap, Britpop, punk and so much more, London-based outfit KIDS are now ready to introduce their sound to the world with their debut singles 'Alcohol & Cigarettes' and 'Settle Down'.

Channelling a brilliantly rich and adventurous aesthetic throughout, both Alcohol & Cigarettes' and 'Settle Down' make for enticing listening. Brimming with fresh and euphoric textures, dynamic production, and a feel-good energy from start to finish, they are emerging as one of the more exciting names on the scene this year.

So with the new offerings available now, we sat down with Beau Blaise from the group to find out more about his origins and what has inspired him most over the years.

Hmmmm Indie Rock and Early 00s Hip Hop. Artic Monkeys, The Strokes, Jamie T, Dre, Em, 50 and Jay all have a special place in my heart.

The Eminem show… My grandma didn’t think I should be listening to it… She was probably right.

Train in Vain by The Clash or If She Wants Me by Belle and Sebastian. Two of my favs, beautiful songs.

Don’t do the same thing as last time. Go off life experience and real feeling. Don’t over think it.

When people are genuinely moved by your music. And it helps them with whatever they’re going through.

Waiting for the music business to catch up to your ideas.

KIDS' new singles 'Alcohol & Cigarettes' and 'Settle Down' are available to stream now. Check them out in the player below.

9 hours 39 min ago With her eagerly-awaited new album landing in the coming months, Billie Marten has now unveiled t