The artist's new single 'Stick Around' is out now 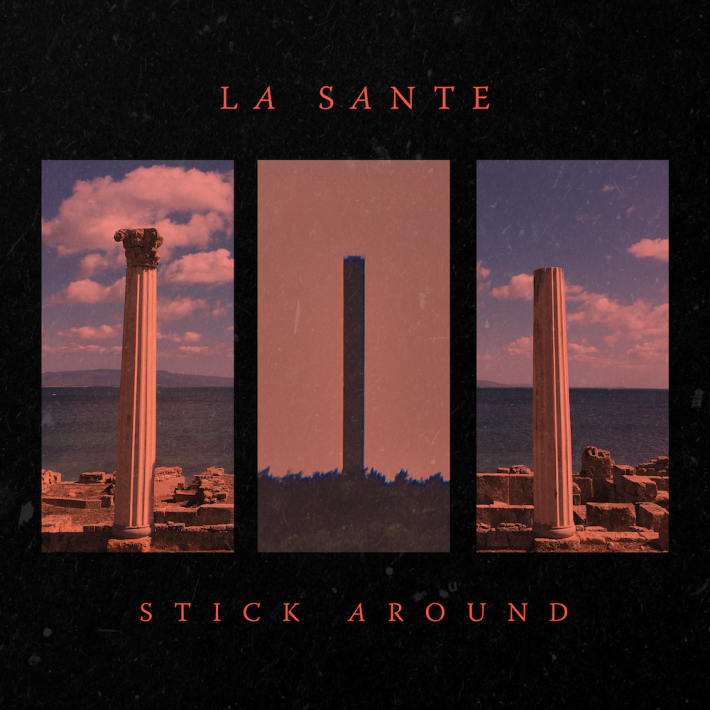 Having already established himself as a member of the captivating Swedish outfit Honeymilk these last few years, emerging artist Nikki Nyberg aka La Sante is now venturing on solo outing with his latest effort 'Stick Around'.

Following on from his fresh and vibrant debut single 'We Belong Here' earlier this year, 'Stick Around' sees him return in stellar form. Taking nods from an 80s-inspired aesthetic, this wonderfully dreamy and uplifting release showcases him as a beautifully warm and enticing talent.

I started out playing drums and it’s probably still the instrument I enjoy to play the most. I’m not a particularly skilled dummer, but it's just too fun of an instrument for me to resist.

For La Sante I think the kind of jaded times we grew up in, the late 00’s to late 10’s has been the biggest inspiration. I’m a sucker for the bittersweet sensation of nostalgia, it’s reverberating through almost everything I do.

Me and my friends grew up as 60’s and 70’s aficionados, Led Zeppelin, Cream, Hendrix etc. In time we grew into shoegaze and noise and later to old school hip hop. I think the fact that all music suddenly became quite available so easy had a big effect on us.

Inspiration can come from anywhere really, but it’s a lot about the lives we’re living and the lives we’ve lived. Relations come and gone, stories told and forgotten.

Slow Pulp is a great new band, check them out. I’ve also recently rediscovered the absolutely frantic Maggot Brain by Funkadelic. Still sounds so insane to this day.

I haven’t, really. I guess We Belong Here is kind of a song about leaving the past behind and it could be interpreted that I'm singing about a certain relation.

I think touring the UK a couple of years ago with my other band Honeymilk has been the absolute highlight so far. Can’t wait ’til we get this virus-shmirus sorted so we can get out there again.

There’s quite a few, I'd be the happiest fellow if we’d open for Stereolab. And my old darlings Dungen, as their guitarist Reine Fiske is my favourite now living guitar player.

I’d probably try my hand at filming or painting, I’m far too restless to not do anything creative.

Give out but don’t give up.

La Sante's new single 'Stick Around' is available to stream and download now. Have a listen to it in the player below.

3 hours 22 min ago After being strangely quiet throughout 2020, Ben Howard has now returned to announce the details

4 hours 31 min ago After first gaining notoriety by appearing as a contestant on American Idol in 2019, US singer an