Her new single 'Mother Medusa' is out now 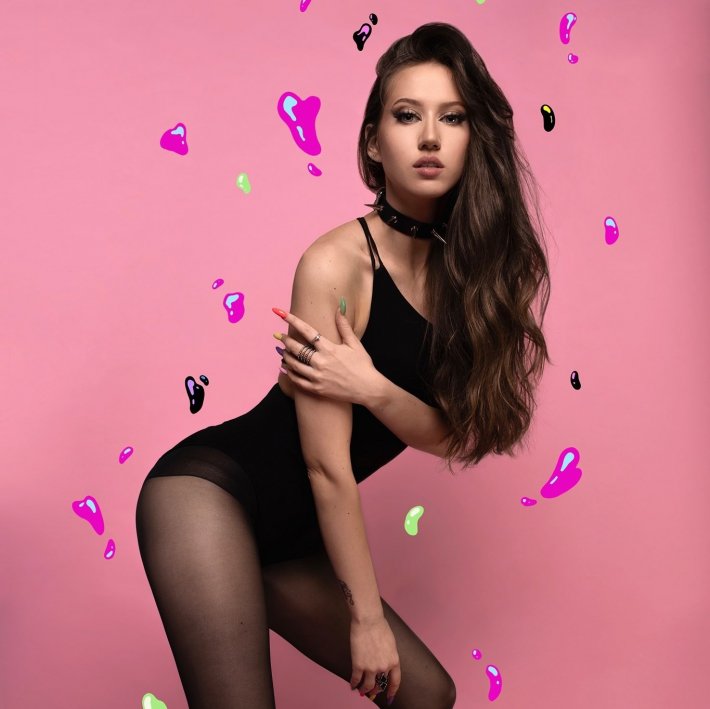 With a wave of bold and impressive singles under her belt already this year, Bulgarian singer and songwriter LIYA is back once again with her latest offering 'Mother Medusa'.

Working alongside producer ABRAM, 'Mother Medusa' is a bright and bouncing slice of alt-pop. With her smooth and soaring vocals running through every inch of this new release, she is set to become one of this year's biggest talking points on the pop circuit.

So with her new single doing the rounds, we sat down with her to find out more about her background and what has inspired her most over the years.

The voice! I’ve been singing since I can remember and I’ve been dreaming of being an artist since I was a little girl, singing in front of my mirror with a hairbrush imitating a mic.

Trying to express my feelings with the music and tell a story with the lyrics. My inspiration can come from anywhere. Mainly from my personal experiences, but it doesn’t stop there.

In the early 2000’s all I would do is watch MTV, I was a huge fan of Xtina, Britney Spears and Avril Lavigne…. weren’t we all? When I was young my dad would play a lot of rock, such as AC/DC, Queen, Rainbow and so much more. When I was a teenager I listened to a lot of pop, as well as rock and indie, and I still do. My favorite artists range from Pop Queens such as Whitney Huston, Beyoncé, Lady Gaga, all the way to Florence + The Machine, Hozier, Muse, Queen, etc.

It was probably a Whitney Huston or Christina Aguilera song. I remember listening to them and thinking “Wow, I want to sing my heart out like that for people too!”

As I mentioned above, I listen to a large range of artists. Lately, I’ve been loving to put on playlists filled with music and artists I’m not familiar with and just discover new music and people.

A lot, especially the released ones. When I write I don’t always limit myself to my own experiences, because I think that songwriters are storytellers and we can and should write about anything, even if it’s not a personal experience. But I do find myself writing about my personal experiences the most and getting attached to those songs more, which makes a lot of sense.

I’d say the whole covid situation this year has been pretty unusual for all of us. Of course I lost all of my live shows but at least I’m still able to create music from home and even participate in co-writing sessions with people all around the world, they just have to be virtual, haha. And I even recorded the background vocals to my latest song “Mother Medusa” in my closet, cause no studios were open.

I really love all the creative aspects that go behind creating a song. Aside from writing and performing the song, I love everything that goes behind creating the entire project. From the visuals, to the styling, hair, makeup, promotion, etc. I also love working alongside other creatives, it’s always so inspirational.

Ah, man I really don’t know! Maybe something in the arts again? Or if not, in college I took a class in psychology and really liked it so… imagine me as your psychologist?

Just create art that excites you. Create it for yourself first and then for the world. And take it step by step. Think of the first and smallest step you can take towards your dream and start there. I think a lot of people focus on the end-goal and not on the (looooong) path they need to take on their way there. I’m not saying don’t dream big. Hell, dream even bigger than you are right now, but then see what’s the first step you can take and go! I know I’m still making my small steps each day.

LIYA's new single 'Mother Medusa' is available to stream and download now. Have a listen to it in the player below.

6 hours 4 min ago Following on from the release of their much-loved new album 'Dreamland' earlier this year, Glass

8 hours 58 min ago With her recent single 'Thinking Of You' currently storming the streaming sites, racking up more