Getting To Know... Maida Rose

Getting To Know... Maida Rose

The duo's debut single 'Harmony Of Heartache' is out now 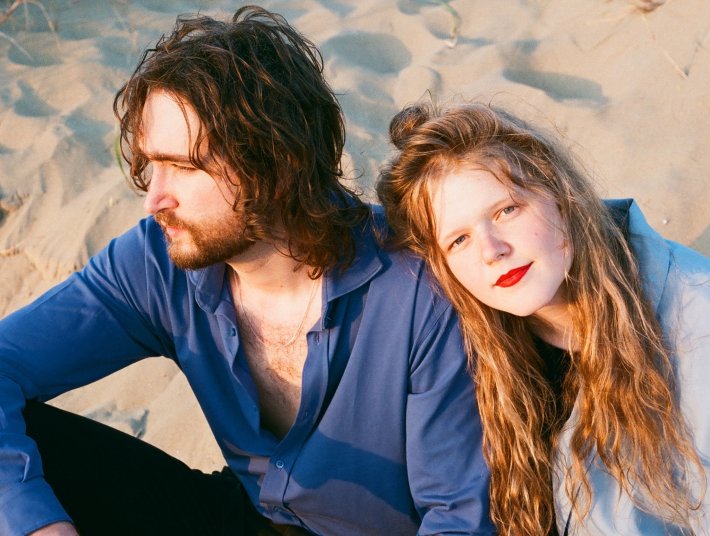 After spending the last few months cultivating and developing their sound, Dutch newcomers Maida Rose are now ready to introduce themselves to the world as they deliver their incredible debut single 'Harmony Of Heartache'.

Lifted from their upcoming debut album, which is out later this year, 'Harmony Of Heartache' makes for a rich and captivating introduction to the group. Taking their cues from the likes of Cigarettes After Sex, Men I Trust, and Beach House, this initial offering will wrap you up in a warm blanket of smooth and soaring textures.

Javièr: My mother plays the cello in an Orchestra so I've been going to her concerts for as long as I can remember. This always inspired me to start playing an instrument so when I was about six I started playing the piano. Later when I went to high school I once picked up the bass during music class and instantly fell in love.

Roos:  My parents are both classical musicians, so my early musical development was in my mum’s tummy, while she was playing concerts with her Orchestra. My mum plays the flute and my dad double bass, so I naturally fell in love with these from an early age. When I was six, I was offered to pick an instrument, and somehow, I chose the violin, which is still an instrument that I absolutely love (although I prefer viola now).

Roos: Five years ago, I wrote a song called ‘We Both Know’ (which unknowingly was the beginning of Maida Rose), and when I played it to a friend of mine, she said the magical words; ‘Have you ever heard of Beach House?’. My life was changed forever.

Javièr: I’m gonna have to say just working with Roos. For example, when we were writing our first album, many times she came to my house with a vocal melody she just recorded on her phone on the way over while riding her bike. Through all the wind and noise from the street you could barely make out the melody sometimes, but I found these moments really inspiring. It would give me a lot of ideas and we would start working on it immediately.

Javièr: I was really into the Foo Fighters and Arctic Monkeys in my early teens. I had the ‘Whatever People Say That I Am, That’s What I’m Not’ record on repeat when I was in high school and the ‘Foo Fighters - Live at Wembley Stadium’ concert film inspired me to start my first band. I also listened to the classics like The Rolling Stones, Led Zeppelin, The Beatles etc. A lot.

Roos: It’s funny, because it seems like the development of our musical taste was quite parallel. In my very early teens my icon was Avril Lavigne, who I saw live during my first ever pop concert when I was 9. A little later I got really into Nirvana, Queens of the Stone Age, the Foo Fighters, Them Crooked Vultures, Arctic Monkeys... Basically, anything with loud guitars in it. Javièr and I actually were in an alternative/stoner rock band together in our late teens. Quite the opposite from the music we make nowadays.

Roos: I feel like making music is not something I do, it’s who I am. There’s not really a why; it’s my way of living. Songwriting definitely is a great tool to process emotions and situations, and it’s been my coping system ever since I was a young kid. Besides this autobiographical way of writing, I can get inspired by basically anything; music that I love, a good book, a conversation that I have (or that someone else has, I love eavesdropping on conversations that random by passers have), but I can also get inspired by a flavour, colour or sound. I don’t really believe in the need to ‘feel inspired’ before starting a writing session. There are loads of ways to trigger inspiration to me.

Javièr: I think Roos and I might answer some of the same artists on this question, as we have a very similar taste. At the moment I’m mainly listening to: Tame Impala, Bon Iver, Cigarettes After Sex, Arctic Monkeys, The War On Drugs, Harry Styles, Ben Howard, RY X, Balthazar, Warhaus, The National, Beach House, Faces on TV, Big Red Machine, Queens Of The Stone Age and The Last Shadow Puppets.

Roos & Javièr: Our entire debut album has been written over the course of five years, during our final years of adolescence, and the songs have all been inspired by people who played a role in our lives during those years. We wrote the album in the attic of Javièr’s childhood home, where we got together frequently to discuss life and turn our experiences into music. So yeah, we definitely take inspiration from those who are close to us. It’s a special thing to have such a deep friendship that you can have these intimate conversations and create a whole musical world out of this shared experience. We hope that our listeners feel this intimacy when listening to our music. ‘Harmony of Heartache’ is the first single of the album, but there are many more to come.

Javièr: There have been a lot of funny moments but one that comes to mind is when we were playing a pretty important show in the Melkweg, Amsterdam. Our drummer (my little brother) Quinten dropped one of his drumsticks during this really euphoric moment of our final song. When I turned around to see what was going on he was picking up the stick but when he succeeded he dropped the other one. Then he just decided to play the rest of the song hitting the snare drum with his bare hand, fully committed to look like nothing had happened.

Roos & Javièr: I think we’re gonna have to agree and say Beach House. But okay, if Cigarettes After Sex ask us for their next tour, we also won’t complain.

Javièr: Probably working for a label or managing an artist. Basically, anything that has something to do with music.

Roos: I’m going to have to say a writer. I can’t imagine myself doing anything other than something creative, and writing is such a magical thing; you can create an entire world, just with your imagination. I actually have had an idea for a book in my mind for almost two years now, that I hope to write one day, but I haven’t managed to combine it with my musical adventures yet. One day I’ll make it work…

Roos: To make the music that you love. Don’t make music for anyone other than yourself. I followed a seminar of Oli Rockberger on Creative Process a while ago, and he said: ‘be aware of who you invite inside your head while writing’. I thought this was such an interesting idea. Sometimes people get stuck in the writing process because they’re so busy with thinking things like ‘will the label like this?’, ‘would this work on radio?’, ‘what if people don’t like this direction I’m going in?’, and it totally disrupts your creative process. Javièr and I really only write music that we love. We are aware that it’s slow, and not everyone’s cup of tea, but our hearts start beating faster when we listen to or play our own music. And I do think that, if we love our music so much, there must be some other people who dig it as well. But even if there weren’t, I’m positive that we would still be spending our evenings in the attic, enjoying the magic of making music that we love.

Maida Rose's debut single 'Harmony Of Heartache' is available to stream and download now. Have a listen to it in the player below.