Getting To Know... Marble Mammoth

Getting To Know... Marble Mammoth

The band's new single 'Higher Than The Sun' is out now 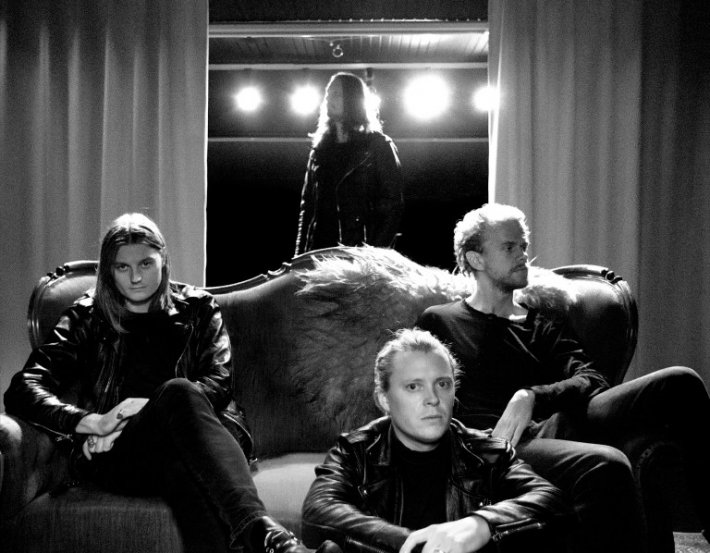 Having already impressed so many with their raw and fuzzy sound over the last few years, Stockholm-based outfit Marble Mammoth have now returned with their latest euphoric offering 'Higher Than The Sun'.

Channeling a mix of classic alt-rock and psych-rock influences, 'Higher Than The Sun' sees them reach for their highest peak yet. With its rich and sweeping guitar hooks, pulsing production, and some truly otherworldly vocals throughout, this new delight sets them up as one of the most intriguing groups we have heard all year.

Tobias started playing his first love of all instruments when he was six – it was the guitar. The rest of the band all played drums originally. Maybe that’s why rhythm and groove is such a central thing in our sound.

What has been the most prominent inspiration behind your music so far? And what kind of music did you love as a teenager?

Well we’d have to say the psychedelic sounds of the 60’s fuzed with the indie music we grew up with in the nineties and naughties. It was everything from The Beatles, Led Zeppelin, The Clash, MC5 and Blue Cheer to bands such as Nirvana, Blur and The Strokes. We think that’s why Marble Mammoth sounds the way it does. If you listen carefully we think you can discover a lot of those influences. Along with stuff we’re digging at the moment.

It can be anywhere really. The bed, the bar, the shower, the forrest, the studio and everything in between.

We’ve been listening a lot to Ty Segall lately. A lot of jazz too. And recently we revisited some Pixies and My Bloody Valentine. Haha! We’re all over the place really!

There are a lot of songs inspired by people we’re happy to have out of our lives, but no one we wish to forget. You always learn something about people and/or about yourself.

It’s always fun while you’re in the midst of something – writing and recording new songs or being out on the road. It’s been a shit year for live shows. Can’t wait to be out playing again.

That’s an impossible question. There’s so many! But off the top of our heads – it would be cool to open for The Black Angels.

Don’t do too many takes. When you start doing that, and look for some kind of perfection, you will go on forever. It’s better to just get it done.

Marble Mammoth's new single 'Higher Than The Sun' is available to stream and download now. Watch the new video for it in the player below.

2 days 17 hours ago After making a huge impression as solo acts over the last few years, critically-acclaimed pop pow