Getting To Know... Matias Malagardis

Getting To Know... Matias Malagardis

The frontman's new single 'One Of Those Days' is out now 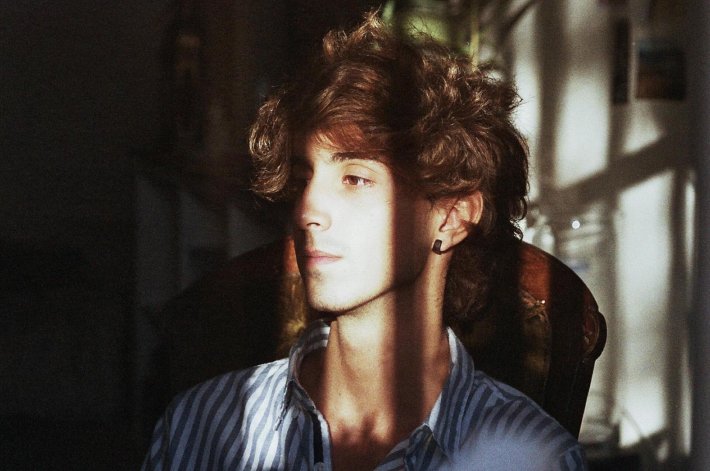 Following on from a wave of bright and uplifting offerings over the last few years, Brighton-based singer and songwriter Matias Malagardis now looks to serenade us once again with the release of his latest single 'One Of Those Days'.

Working in collaboration with Ax T, Flower Bones; and featured artist Tom Jordan, 'One Of Those Days' is one of those sweet and sensual grooves that is just perfect for lazing under the summer sun. With its bold and vibrant aesthetic, layered between some truly hypnotic guitar playing, this new delight will fill you with rays of sunshine from start to finish.

So with his new release finally with us, we sat down with him to find out more about his background and what has inspired him most over the years.

The acoustic guitar. I started playing the piano when I was really young but then moved on to the acoustic, which I would say is now my main instrument.

I spent my early teens only listening to American rap, hip hop and r&b, especially artists like Eminem, 50 Cent or Akon. Then as soon as I picked up a guitar (...and fell in love for the first time), I guess I could say I got soft haha and started listening to more love songs, always with great guitar playing on them tho. Artists like Ben Howard and John Mayer sum up my late teens.

Everything by Ben Howard. I can still remember who showed it to me, the place I was at and how I felt when I first listened to it. That was definitely the one that made me fall in love with the whole sharing my feelings by writing music things.

Waking up slowly is my thing, so I have this six song playlist on Spotify from only two artists (Dope Lemon and Summer Salt) that are exactly what I need while I drink my coffee.

All of them haha. Human relationships, and how unique every one of them is, always makes me think and want to write about them, whether it’s one of my own or someone else’s.

Even though it’s been nearly two years since I released my first EP ‘Winter By The Sea’, that day still is the most memorable moment. I played a gig the day of the release and I remember thinking how sick it is to one day decide to write an EP about how I felt at the time, and several months later being in front of this audience, all quietly sitting and listening to what I had to say.

Surfing. During my teens I started getting into it and now it has become my second biggest passion. I would really love to end up living somewhere by the sea where I can go surfing any time I want.

I think I would have ended up being a physicist. I used to love it in high school and was reaaaally close to studying physics. In fact, if it weren’t for my mother who really supported me on my decision of becoming a musician, I feel I would have never had the guts to pursue a career in music.

All I would say is to always make the music you want to make, and not what people expect you to.

Matias Malagardis' new single 'One Of Those Days' is available to stream and download now. Have a listen to it in the player below.