The band's new single 'Aqua' is out now 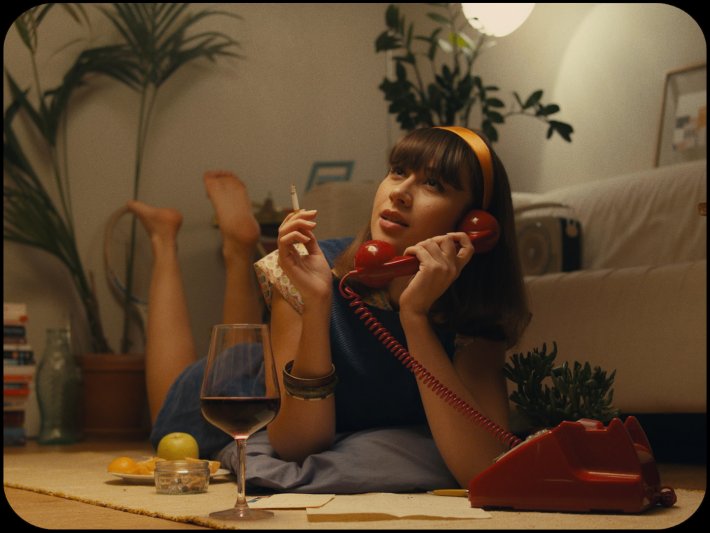 Following on from the rousing success of their previously shared single 'Aeroplane' at the end of last year, London-via-Leicester-based outfit Montrell now return with their latest breezy release 'Aqua'.

With a wide spectrum of influences that soak up everything from psych-rock to dream-pop, 'Aqua' makes for a wonderfully bright and euphoric return. With its sweeping guitar hooks, creamy vocals, and effortless production, their newest delight is set to become one of the must-hear offerings for these summer months.

So with their new release warming our cockles throughout, we sat down with them to find out more about their background and what has inspired them most over the years.

Alex: Is it too obvious to say drums? I started learning piano when I was around eight and was taught by my best friend’s mum but it wasn’t rock n roll enough for me. I stopped lessons and begged my parents for drum lessons then two years later they caved.

Jonny: In my late twenties I discovered the importance of George Harrison in my life; his sensibility conceivably cut through the general Beatles’ initial sheen into a sort of melodious world of kindness, shall we say. Avoiding modern music has been a hobby; I’m still happily traipsing through the 70s and I guess I’m constantly pleased by Steely Dan, especially the album ‘Can’t Buy A Thrill’. Crisp sounds and executed with incredible style.

Mikey: The only thing I listened to consistently throughout my teenage years was Dylan - and especially Blood on the Tracks. He was my first gig, and I went to see him in Nottingham when I was thirteen. His voice was so rough that most of my energy was taken up just working out what tracks he was actually playing. He was also really far away and didn’t talk at all between songs. Still loved it though.

Sam: The fact I was in a Strokes cover band playing at friends’ birthday parties at age 14 kinda sums this one up.

Mikey: My Dad used to play a tape of ‘Ob-La-Di, Ob-La-Da’ on my way to primary school. Songs like that seemed fun and care-free in a way that really appealed to me. As a kid music felt like it was my thing, a place to escape to - which was probably much-needed on the drive to school. When I started playing guitar a few years later I learnt exclusively Beatles covers and then wrote my first ten or so songs with only the chords to Yesterday.

Alex: It’s completely dependent on my mood. Limp Bizkit to The Bellamy Brothers and anything in between.

Jonny: ‘Aeroplane’ off the Lemon EP does not address one person, it’s rather a stab at my own nihilism. But all the other songs we’ve released are about someone I know. Presumably one will always write about someone close to them; if a friend is in trouble one might try to give some reassurance in the lyric I guess, like in ‘Aqua’. When you consciously or unconsciously write a song to someone, say, it’s perhaps the closest to genuity that a writer can get.

Sam: I’d say all the friends I made on the way, but the people you remember most are the oddballs - like the characters we (Alex and I) met in an inner city Budapest squat after a gig one time, under the pretence we were part of an internationally successful U.K. rock band. We still talk about THAT night and THOSE people. Music seems to be a bit of a catalyst for these weird situations - another highlight was stopping a gig halfway through to engage in a chilli eating competition with the crowd. Sometimes you’ve got to push the boundaries.

Mikey: I spend most of my spare time sitting in a dark room scrolling through guitar gear forums on Facebook.

Alex: Well I started off tennis coaching and then went into music teaching, but now I’m studying to become an accountant so I’m looking forward to rolling the dice and seeing what’s next.

Sam: If you can’t find the opportunities, then you should make them. Figure out what you can offer and tell someone that doesn’t know it yet that you’re what they’re missing. Also, it probably shouldn’t have to be said, but remember to be nice to people. They’ll remember your attitude problem more than your music if you’re not easy to work with.

Montrell's new single 'Aqua' is available to stream and download now. Have a listen to it in the player below.

1 day 11 hours ago With his highly-anticipated new album set to drop later this month, Baio has now returned to deli