Getting To Know... Most Akin

Getting To Know... Most Akin

The producer's new single 'Beacon' is out now 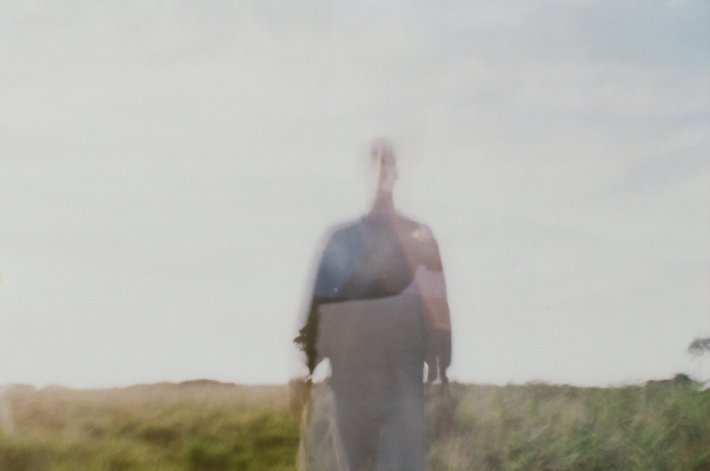 Following on from the huge success he received for his debut single 'Hourglass' earlier this year, which was applauded by the likes of BBC Introducing, Amazing Radio, B3 Science and Indie Shuffle, Bristol-based multi-instrumentalist and producer Harry Christensen aka Most Akin has now returned with his latest spellbinding effort 'Beacon'.

Channeling a rich and diverse aesthetic throughout, 'Beacon' sees him return in stellar form. With its subtle blend of laid-back production, wistful energy, and his own calming voice at the helm, this new delight looks set to become an even bigger deal than his initial release.

So with the new single impressing so many right now, we sat down with him to find out more about his background and what has inspired him most over the years.

Probably the guitar, although the piano was technically the first instrument I learnt to play. Our mum used to take me and my older brother for piano lessons when we were about 5 and 8-years-old at this lady’s house on the Isle of Wight. She was nice but I remember we didn’t really enjoy going at the time, which is a shame looking back because our mum was a classically trained pianist and we probably would’ve learnt a lot more early on if we’d stuck at it. Our dad played guitar and piano by ear, so we started to teach ourselves like him. I do remember jamming along to a Queen album on a tiny kid’s drum kit around that time too, which was probably a nightmare for everyone.

The type of places I’ve lived in have played a big part. I think I’ve always subconsciously made music that acts as a soundtrack to where I’m living at the time, through the production choices I make or more literally the room and surrounding environment I’m recording in. I’ve mainly lived in rural or coastal places. The first lot of music for Most Akin was mostly recorded at my friend’s farm in North Devon, where I’d set up in this really old room at the front of the house overlooking the whole coastline. That setting probably dictated a lot of the sound; the expansive, brooding landscape outside contrasted with the warmth and comfort inside the house. It’s a contrast that runs through the whole process, from recording initial sketches at the farm or in my bedroom to working on the final mixes with Steve at the Stereo Not Mono studio in West Cork. I think those types of environments have a big influence on the overall feel of my music and I hope that comes across when people hear it.

I’ve heard people say that the music you loved as a teenager is the music you’ll hold closest for the rest of your life, whether it’s just nostalgia or something about how your mind is developing at that time, but I think it’s true. I remember my brother put a load of music on one of the early iPods that he and my mum gave me one birthday. There were some albums on there that I became obsessed with listening to while walking to and from school or travelling around the island, which I’d still pick as my favourites. Albums like ‘Rounds’ by Four Tet, a live album by The Cinematic Orchestra at the Royal Albert Hall, ‘Homesongs’ by Adem, ‘The Earth Is Not A Cold Dead Place’ by Explosions In The Sky and ‘Sunshine Hit Me’ by Isle of Wight legends The Bees. There was a lot of amazing stuff on there.

I see music as being therapeutic, as a way of completely focussing on something other than the situation you’re in or by accompanying it in a comforting way. I think knowing how it has helped me in that way inspires me to keep making music, both for myself and in the hope that it might have the same positive impact on someone else. In terms of what actually sparks a new track, it could be a chord I accidentally play or maybe a random sound I make when fiddling around with loops, just something that isn’t familiar and makes me want to explore it further.

I’ve been listening to a lot of the Godtet project – led by the guitarist and producer Godriguez from Sydney - really nice vibe and amazing group of players, it would be so fun to be in a band like that. I’ve recently discovered Do Make Say Think, they’ve been around for a while but I came across a few of their albums this year which I’ve been really enjoying. Also, Alfa Mist’s 44th Move project with Richard Spaven - I’ve been following his stuff for years now and he’s always putting out amazing music, either solo, with his band or collaborations. And I’m always listening to something by Bibio - there’s so much there to get into, tracks for pretty much any situation. I love that he can put out anything from a really technical folk guitar piece to a minimal, ambient-electronic track, and next to each other on the same album. That lack of being restricted to a genre and making what you want to make, not just what people might expect you to, is something I really admire.

Most of them are probably about people along the way in some form, but it’s not usually a conscious decision that I’ll sit down to write a song about someone. A lot of the time it’s a subconscious thing about the place or situation I’m in, and it won’t be until later on that I realise the music I made was probably about this person or that place.

It’s not that funny but when I was at school our band won a competition to play the Isle of Wight Festival one year, and when we got there we’d been given a dressing room for the day next to Mel C from the Spice Girls. It was pretty surreal, but she was really nice to be fair.

I’m sure they’d be a lot of people’s choice, but it’s hard to go past Radiohead. Their live shows always look amazing. It would be cool to do some sort of improvised, ambient set as everyone’s settling in, and just to be on stage to see what goes into their live setup.

When I’m not in the studio I love being outdoors, especially by the coast. I’m always trying to split my time between music and surfing. It’s been a bit of an endless battle between the two since I was young, but it’s a healthy balance. If I couldn’t do music, a job related to surfing would probably have taken over; although I do work at a wave pool now so that’s basically what is happening.

Use what you have. There are so many options and so much equipment out there, from instruments to recording gear. It can be overwhelming and easy to get lost feeling like you need more and better equipment to make good music. But if you can make something with what you have that conveys what you’re trying to express, that’s all you need.

Most Akin's new single 'Beacon' is available to stream and download now. Have a listen to it in the player below.

34 min 54 sec ago Following up the huge success behind his recent single 'Gone' in recent months, James Vincent McM