The band's new single 'Panama' is out now 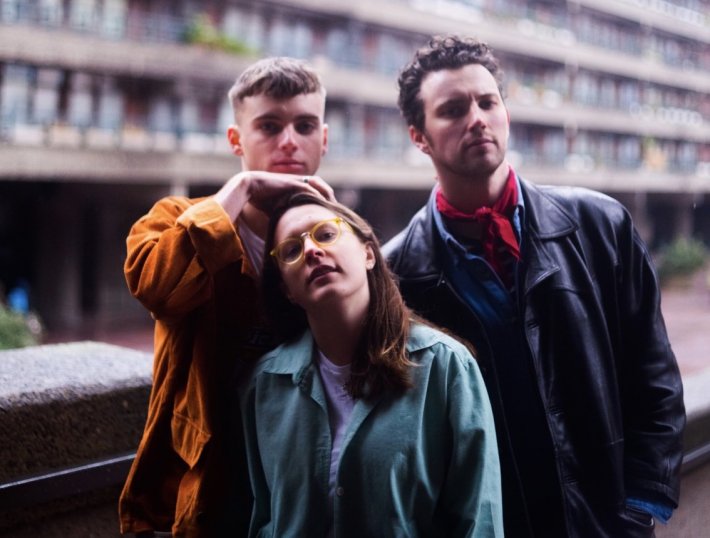 Following on from a string of highly impressive initial singles over the last few months, London-based trio Murman now return with the fourth and heaviest entry in their growing catalogue of indie-rock belters, 'Panama'.

Taking influence from both the world of post-punk and Britpop, 'Panama' looks to be one of their most engaging and ferocious offerings to date. Filled with thunderous riffs and a frenzied pace, this new release sees them follow in the footsteps of outfits such as Drenge and The Ninth Wave with its dark yet energetic feel.

So with the band gathering momentum at every turn, we sat down with them to find out more about their earliest influences and what drew them together in the first place.

David: I would say guitar, I remember hearing Jimmy Hendrix Purple Haze when I was 11 years old and instantly becoming obsessed with wanting to learn to play guitar and sound like him.

Abbi: My first ever instrument was the piano, where I studied mainly classical sheet music. I quickly realised this wasn’t for me and started playing the drums at the age of 10 - around about the same time I discovered Avril Lavigne and wanted to be able to play all of her songs. Clearly I was a lot cooler than David in primary school.

Loz: For me, it was definitely guitar. Both my parents were musical so there were always instruments in the house. Being the only left-handed musician was a pain though as I had to play upside down for a few years!

We would say a good mixture of things, heartache, life experience and wanting to make music we ourselves would want to hear live. We like the fact that people often can’t really pinpoint us as a band.

Abbi: anything from Frank Ocean to Laura Marling to Jessie Ware, but I mainly listened to the indie bands of the 2010s like Mystery Jets, Maccabees, The Drums etc - I remember seeing a lot of these bands at sweaty gigs at the Junction in Cambridge.

Loz: I was always really into 60s/70s stuff, but my taste seemed to change with the seasons! I'd listen to everything from Neil Young to Tyler the Creator. The Maccabees were always a band that meant a lot to me as well.

David: It depends on the day, I listen to music in the morning to psych me up for the day. Especially when you have a job you don’t particularly love, I like something you can walk to that gives you purpose, energy, confidence, like you're in a crap Rocky movie.

Abbi: I’m listening to a lot of Liz Lawrence at the minute, she was often my morning commute music in London so I’m keeping up the routine during lockdown.

Loz: I like to start the morning with some Erykah Badu to loosen myself up.

About 30, all of the songs are connected to someone David knows in some way or another.

David: I love the shows when we have an energetic out crowd that sing the lyrics back to us. We packed out our last London show at The Old Blue last which was great fun.

Abbi: Supporting Lucia and the Best Boys at Scala - definitely an unforgettable, bucket-list moment for me.

Loz: I'd have to say playing a packed Old Blue Last was a massive highlight for me, it's always unreal when the crowd is giving as much energy back as we are!

David: In the town I grew up in you can either work in the local power station or become a hairdresser, neither applied to me. I would probably have tried to audition for Hollyoaks.

Abbi: I guess it would be (fortunately!) doing my actual day job, working in strategic campaigning for climate change. I was a big fan of Hollyoaks growing up, though...

Loz: I sometimes fantasise about becoming a Fishmonger, but some paths are best left unexplored.

Murman's latest single 'Panama' is available to stream and download now. Check out the new video for it in the player below.

14 hours 59 min ago Despite not being on any form of record label to date, London-based Nordic outfit Circumnavigate