Getting To Know... Myo

Getting To Know... Myo

The band's new single 'Years' is out now 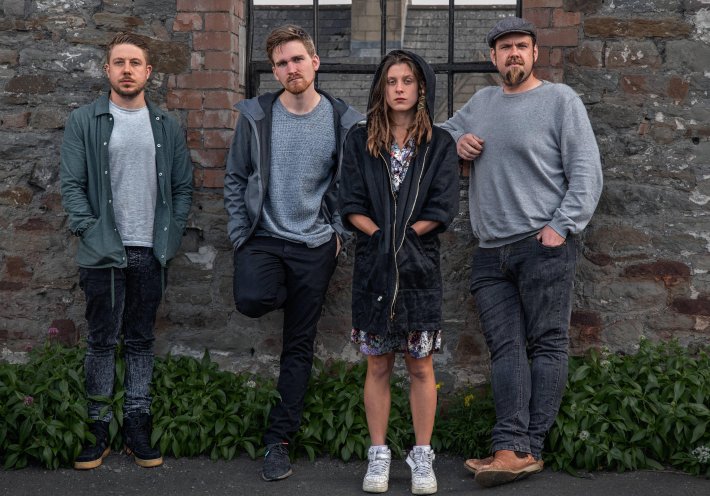 Having originally formed in London with a collective vision for rich and atmospheric alt-pop, Myo have spent the last few years perfecting their sound as they return with their latest single 'Years'.

With a sound that looks to follow in the footsteps of Little Dragon and James Blake, 'Years' brings out more of that bright and genre-bending aesthetic they are quickly getting a reputation for. Filled with soaring vocals, diverse instrumentation, and a blissful musical soundscape, this new release makes for the perfect breezy summer jam right now.

So with their new offering doing the rounds, we sat down with the band's guitarist and producer Jim Daoud to find out more about his origins and what has inspired him most over the years.

Seeing Jimi Hendrix’s Woodstock performance as a teenager on TV was the catalyst for me to learn guitar and later play music full time. Seeing that level of freedom in musical expression was a complete revelation to me.

In Myo, our influences are really varied, the production sits in the post-dubstep/electronica world. We’ve spent hours listening and de-constructing the musical devices and sounds created by artists like James Blake, Dorian Concept and Little Dragon. We also draw heavily on experimental/alternative bands such as Radiohead (who are brilliant songwriters) for inspiration.

As a teenager I grew up listening to hip-hop and was obsessed with the West Coast G-Funk sound. My poor dad must have spent his evenings listening to Dr. Dre and Snoop Dogg through the ceiling for a couple of years.

I can’t remember a specific song, I always wanted to be a musician as a kid, but it was an abstract concept since I really had no idea what a career as a musician required or entailed. Hearing Jimi Hendrix as a teenager (the Woodstock performance) was what made me first pick up my instrument and later become a guitarist though.

It changes but at the moment 'A Love Supreme' by Coltrane is the starting point for most of my days.

I think Myo only has one song which is about specific people in our lives. I find it easier to write and find inspiration from broader experiences. We all share commonalities and I find communicating and developing narratives from these are more relevant in my writing. Of course, there are other artists that deal with specifically personal situations brilliantly but my process is to find the shared experiences within these personal moments.

There’s been a lot of memorable moments in my career, I’m not sure how interesting any of them are, but I still vividly remember the feeling of quitting my minimum wage job and knowing I wouldn’t have to go back when I started working full time in music. It was like the feeling you get as a child when you defeat the difficult end of boss level on a computer game.

I tend to read a lot when I’m not working on music, mostly non-fiction.

As a kid I always wanted to be a race car driver, so probably a mechanic.

Practice everyday, be nice to people.

Myo's new single 'Years' is available to stream and download now. Have a listen to it in the player below.

18 hours 26 min ago With their highly-anticipated new album set to land later next month, Sylvan Esso have now unveil

19 hours 21 min ago As a co-founder and main songwriter for London’s 2-Tone/Ska/Reggae outfit The Kubricks, singer an