Getting To Know... Peter Kaszas

Getting To Know... Peter Kaszas

His new single 'Music Is The Key' is out now 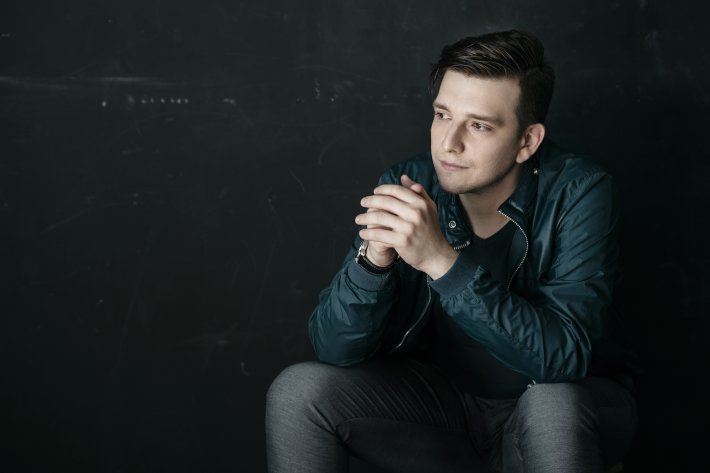 After originally establishing himself as the drummer for Grammy Award winning guitarist Al Di Meola's band, Hungarian artist Peter Kaszas is now continuing to explore his own sound on the breezy new single 'Music Is The Key'.

Channelling a strong base within his own jazz and soul-inspired roots, 'Music Is The Key' makes for a wonderfully refreshing listen from start to finish. With its sweet and sweeping tones, laid-back groove, and passionate vocals throughout, this one will wash over you with its effortless texture.

That was the drum set. No question about it. My father is also a drummer and I always took the chance to play whenever I could.

My father used to play with his band in Germany and Switzerland in the 80’s and 90’s so he got the chance to get a lot of music which was not fully available in our country at the time. From American pop music, Richard Marx, Michael Bolton, Earth, Wind and Fire… to Level 42, Stevie Wonder. Almost every genre he could find. Then later I was really into Sting, Peter Gabriel…

As I remember it was a Mezzoforte album called “Playing for time”.

Well…it’s a hard one…there’s so many great songs out there… If I have to choose one it would be “Love me still” by Bruce Hornsby and Chaka Khan.

Earlier I was waiting for the magic moment when I just sat down at the keyboard and wrote a flawless song in ten minutes. This can happen, but most of the time there are deadlines (even if it’s for your own album) so you can’t just wait for the moment. The only habit I have is that you need to force yourself to sit down and write, even when you are not in the mood. It’s like going fishing. Some days you don’t catch anything, but you shouldn’t give up.

Open for John Mayer would be a dream.

The most rewarding thing is when you see the joy and happiness on the face of the audience. A show can be just the third gig of the week but for the audience it can be the most memorable night for a long time. So we always have to give our best.

For some people music is just the noise when they get in the elevator…they don’t have any idea that it takes a lot of time, energy and dedication to create music, or to be a musician. But it is what it is.

“Don’t be afraid to play what you love.”

Peter Kaszas' new single 'Music Is The Key' is available to stream now. Check it out in the player below.

5 hours 4 min ago With their highly-anticipated new album landing early next year, Circa Waves have now dropped the

8 hours 11 min ago After breaking through with their brilliant debut single 'Old Mate Bill' earlier this year, emerg