The band's new single 'Downs' is out now 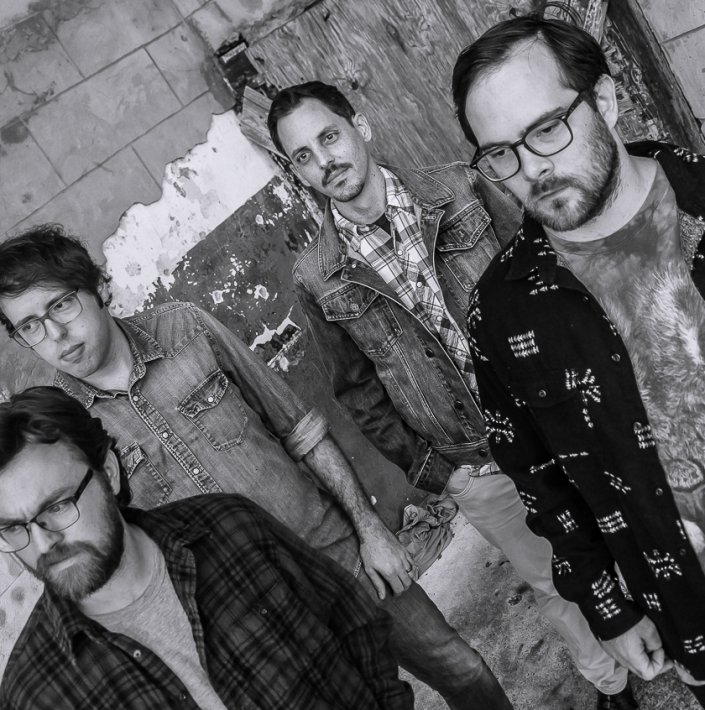 Following on from the success of their previously shared singles 'Narcissistic Peoples' and 'Sundowners' over the last year, East Texas-based quartet Roadkeeper now return with their latest laid-back offering 'Downs'.

Marking the second new release of 2020, 'Downs' makes for a wonderfully smooth and dreamy gem for these locked down days. With its bright and psychedelic flow, matched with some truly wistful vocals, their latest delight continues that fresh and sweeping aesthetic they are quickly making a reputation for.

So with their newest jam calming our collective nerves throughout, we sat down with them to find out more about their backgrounds and what has inspired them most over the years.

John H. – I have this Frankenstein bass that I slowly assembled out of some really good vintage and custom parts and it is just the best.

Daniel G. – Originally, I wanted to get a bass but learned guitar instead.

Nick C. – Keys. I played piano along with my mother. Also, my grandmother had a small organ I would bang on.

Daniel G. – I could list bands but mainly 90s indie and shoegaze.

Nick C. – Inspired by all things around me.

Trevor T. – In Reverie by Saves the Day.

Nick C. – Nah, could have been anything.

Daniel G. – Just the sound of the fam.

Trevor T. – I don’t do music in the morning.

Nick C. – Whatever is going outside. Birds, bugs, animals. People. Makes for easy listening. Maybe some Weyes Blood or Hand Habits if it is the weekend.

John H. – Our first single "The Creeps" was inspired by some peeps we know.

John H. – The best stuff so far has been the process of coming up with the songs. Either jamming out ideas together or the unexpected things we stumble upon while working in the studio.

Daniel G. – It would have been the canceled Post Animal show we were going to play just as things shut down.

Nick C. – Creating and sculpting these songs in the attic and sleeping in the studio with the window open. We have also had some excellent and relaxed shows, so I have enjoyed playing live on occasion.

Trevor T. – Farming with my kids.

Nick C. – Taking care of the house, filling the bird feeder, talking to my brother on the phone.

Daniel G. – Other path? Shit we all got a bunch of paths going.

Nick C. – We are all on numerous paths or adventures or whatever, simultaneous to pursuing music. We are all living life and doing many of our own things, just normal life living.

John H. – Think hard about if you just want to just play live, sell merch and make a little $$$ at it or if you want to get serious about production and putting out great recordings. Figure out which route you want to go and adjust expectations accordingly.

Trevor T. – Be unique. Play what you enjoy and don’t concern yourself with what anyone else thinks about it.

Nick C. – Stick with it. Do all kinds of things. Join different bands. Play different genres. Do everything. Play everything.

Roadkeeper's new single 'Downs' is available to stream and download now. Have a listen to it in the player below.

2 days 13 hours ago Following on from the release of their much-loved 2018 record 'Shiny and Oh So Bright, Vol 1 / LP