Getting To Know... SAMSARA.

Getting To Know... SAMSARA.

Their new single 'NEVERMIND' is out now 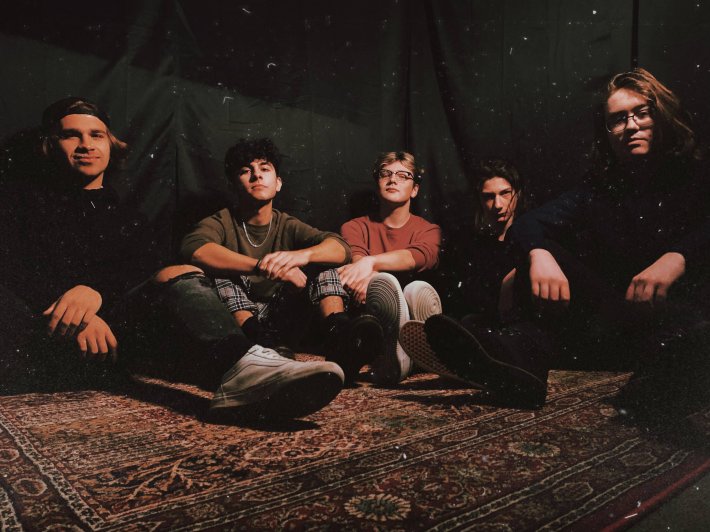 After releasing their much-loved new EP 'PARALYZED IN PARADISE' at the start of the year, New York-based alt-rockers SAMSARA. are now looking to showcase their latest collection with the lead single 'NEVERMIND'.

Channelling a bold and heady mix of classic and contemporary rock influences, 'NEVERMIND' makes for a blistering introduction to the band's sound. Filled with anthemic riffs, thunderous production, and killer hooks throughout, play this one loud and let the rhythm take you away.

Dylan (Lead Singer) : Drums, my dad introduced me to drums when i was around 7 and i loved it ever since.

Charlie (Lead Guitar): For me the first instrument I fell in love with was obviously the guitar.

Brendan (Guitar/Bass): The first instrument I fell in love with was guitar, when I was nine years old. It still remains my favourite instrument.

John (Bass): The first I fell in love with was the bass. I started off playing the upright bass in elementary school in 4th grade, and I picked up the bass guitar a year later.

Ben (Drums): The first instrument i fell in love with was the drums because of my dad showing me Led Zeppelin. First time I heard John play those drums I was like WOAHHH!

Ben: I can't remember a particular song but I'm pretty sure I was listening to a lot of Soundgarden, Nirvana, and Foo Fighters.

Brendan: The first song that inspired me to make music of my own is "Wherever I May Roam" by Metallica. The guitar riff in that song still remains as one of my favorites to listen to and play.

Dylan: Yellow by Coldplay or Don't Look Back In Anger by Oasis both changed my writing experience.

Charlie: The first song that inspired me to make my own music was probably Smells Like Teen Spirit by Nirvana when I was 11 haha. But my family has listened to all genres of music since I was little. I had the Led Zeppelin CD Collection before I hit kindergarten and played it all the time. I had a lot of musical influences.

Brendan: When I was a teenager first getting into music, I loved listening to Nirvana, Metallica, and Green Day. Later on I started listening to bands such as The Velvet Underground, Arctic Monkeys, The Smiths, and The Strokes.

John: Throughout my teenage years, most of everything I listened to was metal. From my early teenage years to now, I have enjoyed listening to all kinds of metal like Black Metal, Death Metal, Thrash Metal, Power metal, etc.

Charlie: As someone who is a teenager I love everything from metal to rap to jazz to things like Radiohead, and I really like Beach House. I do not know I guess I like everything.

Dylan: Alt rock, like Catfish And The Bottlemen and Inhaler.

John: Being with the other members of the band has been a great environment when it comes to writing. A lot of our music was written while we were together.

Ben: The best environment to find inspiration in music is actually when I'm in a barely lit room. When there's no one around to bother me.

Charlie: The best environment for me to find inspiration for my music would probably be my room I would say.

Dylan: In my "studio" i feel like it's the best place to write.

Brendan: The best environment to find inspiration for my music is when I'm out on a walk late at night. I will begin to hum a melody or imagine a guitar riff and then immediately rush home to play it on guitar and record it to show the band.

Dylan: Nothing but thieves has been on repeat for a minute.

Charlie: It is hard to pinpoint a single favourite. Lately, I have been listening to alot of radiohead, beach house, king krule, and The Brian Jonestown Massacre.

Brendan: At the moment, I find myself frequently listening to bands/artists including My Bloody Valentine, Kanye West, Fall Out Boy, The Clash, and The Smiths.

John: Some of my favorite bands at this time are Darkthrone, Ensiferum, Emperor, and Sabaton. I find myself listening to them all the time.

John: I think only two of our songs are written about specific people in our lives.

Ben: Haven't written any songs about people yet because I've only written the music for songs.

Dylan: Too many to keep count of.

Charlie: I personally have only written one song about someone.

Brendan: A fair amount of the lyrics in our songs are written by our singer.

Charlie: The most unusual moment for me honestly is probably when I won this guitar competition at the Tom Morello Guitar Revolution and I got to play on stage with my heroes like Tom Morello, Nuno Bettencourt, Vernon Reid, and John 5, (and other great guitarists) that was crazy.

Ben: I don't know if this counts as being unusual but it's definitely out of the ordinary. I've performed with Robin Wilson, the lead singer of the Gin Blossoms, a few times now… and he's really cool.

Dylan Trif: Our first gig at the knitting factory where we had dancers on the stage with us dancing to our covers.

John: I can’t say I recall any moments being specifically unusual, but COVID’s effect on how we have been working has been unusual.

Brendan: The most unusual moment in my career so far has been the pandemic striking and keeping the whole band separated.

Charlie: If Samsara could open for anyone I would love to open for Radiohead, but I feel like Thom Yorke would hate us haha. Just kidding.

John: If Samsara could open a show for anyone in the world, I would have to say Black Sabbath would be a band we would all love to open for. Black Sabbath has inspired our music, and they are a band we all mutually love.

Ben: I would love to open for the band Royal Blood. They have such a cool, and unique modern sound. It would be the coolest thing if we ever opened for them.

Dylan: Paul McCartney for sure, would be awesome to say that i opened up for one of The Beatles.

Dylan: I love mystery and crime cases so maybe i would be looking into being a detective.

Charlie: If I weren't a musician I would probably do something with physics.

Ben: If I wasn't a musician I honestly don't know what I would be doing. I've never really thought about it. I've wanted to do music my whole life. I can't see myself doing anything else haha.

Charlie: I do not know what the best piece of advice I have received as a musician would be, but I got great advice when auditioning for Berklee, that was that although you are auditioning for them, they want the best performance out of you so take your time and relax. And also to never stop playing, no matter how small the gig is.

Ben: Best advice I've heard was to never stop pushing, never stop playing shows and getting yourself out there as much as you can. Play every gig you can even if there's not many people at all because there might be that one person in the crowd who's watching that might be very important in the industry and you wouldn't even know.

Dylan Trif: Never give up and do what you love.

Brendan: The best piece of advice I have received as a musician is to write all of my music from the heart. Just going with what my heart tells me to write has helped me write some of my best songs.

SAMASARA.'s new single 'NEVERMIND' is available to stream and download now. Check it out in the player below.

4 hours 13 min ago Following on from the release of their much-loved LP 'Get Up Sequences Part One' last year, The G