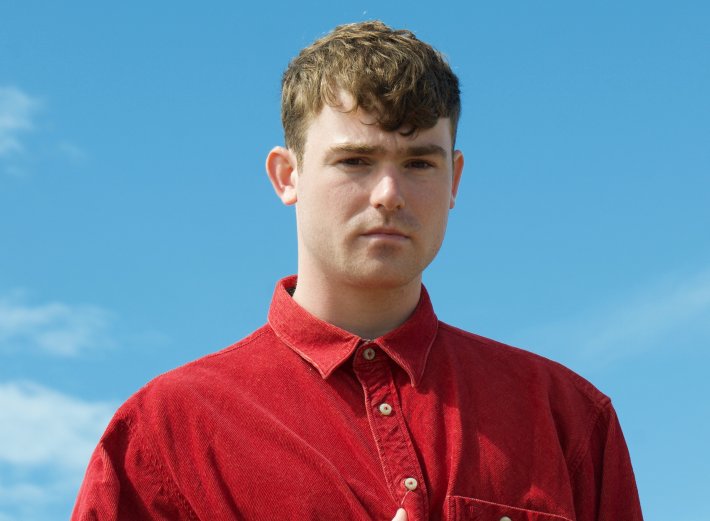 Having originally made his mark as the co-founder of indie-rock outfit The Manatees, singer and songwriter James Brearley has since started a new venture in the form of Simple Safari as he now delivers his brilliant debut single 'Youth'.

Inspired by the flow work of Tame Impala's Kevin Parker', 'Youth' makes for a bold and blistering introduction to the artist. With its bright aesthetic, thunderous production, and soaring vocals throughout, this initial offering looks set to kick off an incredibly solo career for this young individual.

The first instrument I properly learned was the piano. I had lessons until I was about 12 but as I became an annoying teenager I wanted to ditch classical music and learn to play something loud. The drums were the perfect answer to this for me because they really allowed me to use all of my energy and put it into something really productive. For that reason alone I have always loved the drums more than any other instrument.

I have always found the idea of solo projects really interesting but I never really knew how creative they could be until I heard Tame Impala. I, like a lot of others, assumed it was a band but when I found out Kevin Parker was doing everything himself I immediately was even more in love with his music.

As far as personal inspiration goes, I really just wanted to give myself a new challenge and to try something I had never done before. The idea that I could make music and be solely responsible for every aspect of it was terrifying. I mean I was lucky enough to have spent the last three years co-founding The Manatees with three of the most incredibly talented guys I know and making music with them was so much fun and so creative. The decision I made to leave the band was really just me knowing that I needed to do something different and take a new risk.

Ahh, I listened to so much music as a teenager but I definitely did have some favourites. My top ten from my teenage years were probably: Kings of Leon, Biffy Clyro, Foofighters, City and Colour, Eagles, Bob Marley, Stevie Wonder, Katy Perry (teenage dream still bangs), Catfish and the Bottlemen and Lady Gaga.

I think it’s a mixture of a few things. Firstly, I am so lucky to have so many creative people around me because all of their projects inspire me to work. My girlfriend is a hilarious stand-up comedian and all of my close mates are creative in some ways like my good friend Matt who filmed the video for “YOUTH” or any of the guys from the Manatees. The second thing that inspires me to make music is just the constant battle of trying to get the music I hear in my head out and into the real world. I hear little ideas in my head constantly and 90% of them will never come out but the ones that do make me want to keep writing more and more.

At the moment I’m listening to quite a bizarre array of music. Recently I have listened to so much Amy Winehouse and remembered how amazing a musician she was. Other great music on my playlist comes from artists like Arlo Parks and Easy Life as well as Mac Miller and Hippocampus. I want to also shout out a band called Borts who have this song called ‘Broke Alone’ that is an absolute tune. I found out about those guys after doing the sound for their live show in Southampton last summer.

Well, I’ve only released one so far but that is about someone who was in my life aha. Generally, all my songs are either about me or some other people I know.

I think walking around Paris drunk after a gig a couple of summers ago with Tyler from the Manatees was pretty hilarious. We were so lost and ended up in a McDonalds at some crazy hour eating pop up ice creams. It doesn’t sound that wild but I remember it being so funny.

Easy, The Night Cafe. I am obsessed with their music. I think it’s great and I had tickets to go see them just before lockdown happened. I reckon their crowds are mad, it would be crazy to open for a band I love so much.

I produce and mix a lot of music for other people and I have a degree in Music Technology so I guess i'd be getting more stuck into that sort of thing (Any musicians please DM me). I am also really interested in the music business in general and I have done some work experience with DECCA records which was honestly incredible so I’d like to pursue something to do with that too!

Simple Safari's new single 'Youth' is available to stream and download now. Have a listen to it in the player below.

12 hours 54 min ago Following up the release of their much-loved EP 'Happy Days!' from earlier this year, The Ninth W