Getting To Know... Slow Pass

Getting To Know... Slow Pass

Their new EP 'High-Pass' is out now 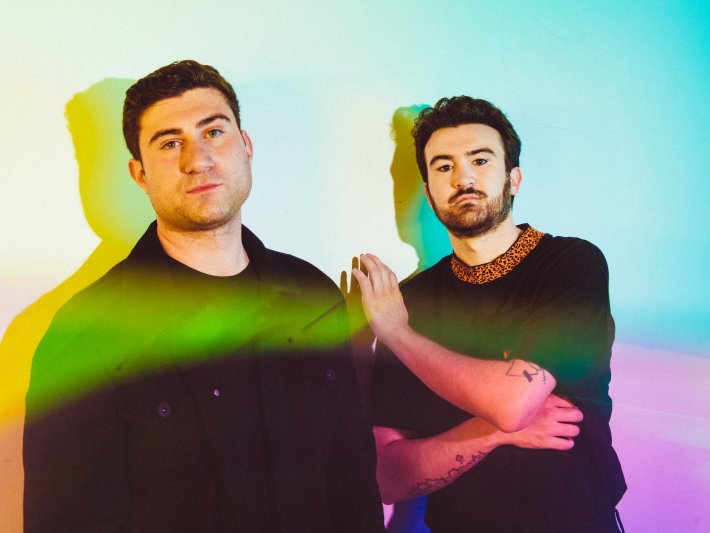 Channelling a diverse mix of vibrant indie-rock and alt-pop tones with the odd nod to their country background, 'High-Pass' makes for a shimmering listen from start to finish. Brimming with soaring hooks and some captivating vocals throughout, these two certainly know how to set a tone on here.

So with the new collection available now, we sat down with them to find out more about their background and what has inspired them most over the years.

Ben: Definitely guitar, I’ve been obsessed since I was 4 or 5.

Adam: First instrument I fell in love with was probably the guitar. After I was deep into a Beatles obsession I wanted to play. It was my dad's plan all along to get me into a music shop and as I was looking at the guitars he put a bass in my hands and said “Play bass not guitar. Trust me.” I'm happy I did.

B: I grew up on music my dad showed me which was a lot of 60s/70s rock and blues. Some of my first loves were Cream and the Allman Brothers Band.

A: When I was younger I became obsessed with the Beatles and shortly after was more Blues. Freddie King and Cream.

B: The first album I ever listened to straight through was Stadium Arcadium by Red Hot Chili Peppers but I think the first physical album I ever bought myself was Raditude by Weezer on CD. Definitely one of their worst albums.

A: My dad handed me Rubber Soul by the Beatles on Cassette. That was the first music I sat down to listen to. It changed everything.

B: Right now I would say Once In A Lifetime by Talking Heads or Us and Them by Pink Floyd.

A: There’s so many I can name off. A few off the top of my head would be Here, There and Everywhere. She Came In Through The Bathroom Window. (Beatles) and Your Song (Elton John).

B: Not really. For me the first point of inspiration is usually a sound or tone that sets a mood for me. So the more I can switch up the gear / sounds the more I can discover new capabilities in my writing.

A: I've recently started taking a blank paper and writing down as many topics that come to my mind immediately. Then pick the best one. Or the one I can think the most about and pull from.

B: Lately I’ve been really into the most recent Men I Trust record Untourable Album. Besides that I’ve been listening to a lot of downtempo electronic stuff like Boards of Canada and Aphex Twin.

A: I find myself constantly stumbling onto new albums. Lots of artists that are kind of just getting the ball rolling. As well as a lot of local artists here in Nashville. Although I always find an old album that I just can't believe has been around for so long and I'm just getting into now. Just reminds me that there's so much out there to listen to. That album for me recently is The Foundations self titled album. Really incredible.

B: Probably Tame Impala or Dawes.

A: Honestly for Slow Pass there are a lot of great fits. For me personally Dr. Dog would be unbelievable. I've seen them just about 14 times live and I started listening to them when I was about fourteen.

B: I think it’s the moment an idea becomes realised and brought to life. The feeling of that original spark of creating something new is definitely the most rewarding part to me.

A: I think the rewarding parts are for myself. As selfish as that sounds. I think I strive to learn or come up with a Bass part for a song or a lyric and when I finally land on it, it's just a sense of relief.

A: Most frustrating part to me is how nothing is promised or set in stone. Tours and sessions can be pulled out from under you. And it could be for many different reasons. That's just the way it is. Nothing is promised so you just have to keep chomping away at it.

B: Don’t undervalue yourself and keep pushing until something works because eventually it will.

A: Best advice I received was when I was told to play for myself. I remember an old teacher of mine saying play for yourself and everyone will feel it.

Slow Pass' new EP 'High-Pass' is available to stream now. Check it out in full via the player below.

6 hours 49 min ago With his highly-anticipated new album dropping early next year, Miles Kane has now unveiled the n

6 hours 43 min ago Just when you think the indie-rock scene has reached peak saturation, an artist comes along and f