Getting To Know... Sophia

Getting To Know... Sophia

Her new single 'Skin' is out now 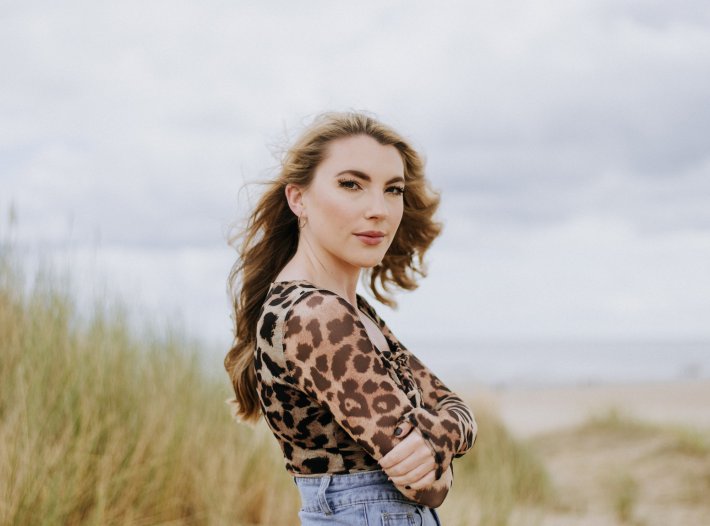 Having spent the last year developing her sound, emerging singer and songwriter Sophia is now beginning a new chapter in her career as she unveils her latest single 'Skin'.

Channeling a warm and inviting pop aesthetic throughout, 'Skin' sees her return with a wonderfully bright and uplifting effort. Filled with subtle tones, glimmering production, and her own instantly identifiable vocals at the helm, this new release looks set to swoon and serenade in equal measure throughout.

I think it would have to be guitar, I thought they were so cool (still do), I then went onto have guitar lessons in school, I was never that good as I have such small hands but I loved everything about it.

Singing has always been something that has brought me such happiness, I genuinely love to sing. Listening to my favorite artist growing up id relate it to my own life and then get fixated on certain songs. So hearing them tell stories through music is something that was a huge inspiration to me.

When I was a teenager I was a sucker for a girlband, the Sugababes and Girls Aloud soundtracked my life as a 13 year old, I wanted to be in the band! I was desperate to be Pixie Lott or Taylor Swift! But in my later teens I loved a massive range; Ben Howard, Chapel Club, Ashley Chambliss, Daughter, Kate Nash, Corrine Bailey Rae, 1975’s.. I think I could list them forever!

I love listening to music in the car driving by myself, really singing along and getting into it, then I always feel like I want to go straight home and write loads of music. If there is something massive playing on my mind, for me it's way easier to right down in a song then speak to someone about it!

I love finding new artists all the time. It's amazing, I discovered Easy Life the other week and I can't stop listening to their stuff. Some of my favourites at the moment are Clario, Maisie Peters, King Princess, Rex Orange County, Holly Humberstone ahh so many! Then there are my firm favourites i will always have on repeat no matter what.

Hmmm hard question, I don’t think I'd want to forget them as then I would never be able to write music about them. I guess memories are there to be remembered and you will normally have learnt something from it in the end, good or bad.

I said on the radio that my dad was a shower singer, he has never let me live it down since! He texts me regularly about his album he's bringing out in the shower. Sorry John!

Wow really hard question, I'm going to go ahead and say it... Taylor Swift. No brainer!

Hmm good question, when I was little I always wanted to be a teacher, writing on the whiteboard and taking the register seemed really fun to me, but I think I'd be rubbish at that now - maths GCSE still pending!

To always stay true to yourself, trust your journey and don’t compare yourself to others!

Sophia's new single 'Skin' is available to stream and download now. Watch the new video for it in the player below.