Their new single 'The Wrong Idea' is out now 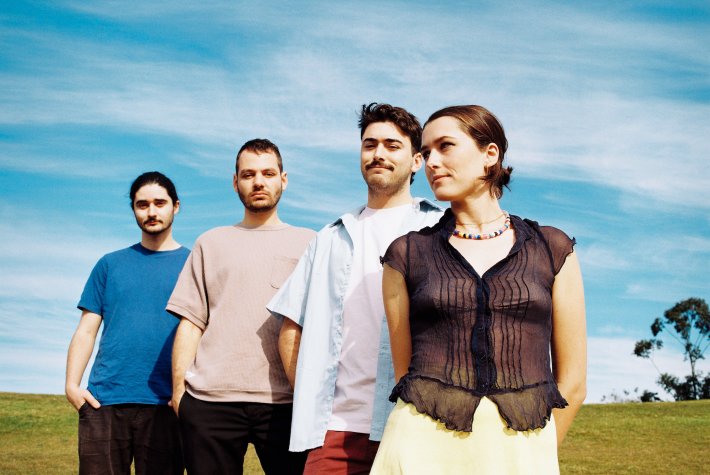 Having already built up a strong reputation for warm and alluring releases over the last few years, Australian outfit The Wattles are back once again with their latest captivating single 'The Wrong Idea'.

Capturing the same broad and shimmering aesthetic as acts like London Grammar and Wolf Alice, 'The Wrong Idea' makes for an extremely powerful listen. With its bold and rising textures, soaring atmosphere, and majestic vocals layered throughout, they are certainly looking to turn some heads with this one.

So with the new single available to stream now, we sat down with them to find out more about their origins and influences over the years.

Well, I’ve always loved to sing. It’s always been very freeing for me to sing and for me there’s no better feeling than singing your little vocal chords out in the shower, an open space, solo, with friends, in a choir, with strangers… such a natural happiness booster.

I feel like I was a typical 90s kid who loved Avril Lavigne and all of the So Fresh pop stars but in high school I listened to a lot of female-led bands such as The Jezabels, Florence and the Machine, Missy Higgins, Spice Girls, Bat for Lashes etc.

I am not too sure about the album but my first tape was Nelly & Kelly’s ‘Dilemma’ and I had it on my little portable cassette player haha!

This is a hard one because I like certain songs because they are from that artist and find it hard to detach them from it. But in a more simple response: Easy to Love by The Jezabels and End of the Affair by Ben Howard are masterpieces.

I often write by myself when I have some solid alone time and my best songs have been written as my family home piano that I’ve had since I was 5. I started to play piano and sing again when I was 20 to reduce my anxiety but nowadays this has become my special ‘me’ time. I would say the best thing to get me in the mood is to go between playing songs I’ve written and covers to get me in the groove and then sometimes it just comes on naturally from there. I usually write the piano first as it’s all auditory for me (I can’t read music). After that I hum and work out the melody and the words come last. Some songs I will write really quickly, like The Wrong Idea and then others I workshop for months and months. After it’s at a decent level, I show the band and they help transform the track.

Well, my favourite band of course - Florence & the Machine. Would also be absolutely thrilled to play before Idles, The Jezabels whomst I equally love too.

Writing something that you’re really proud of and seeing others enjoying it! Releasing The Wrong Idea is a cool moment because I’m super thrilled with the songwriting, performance and the recording and it’s awesome to see others resonate with the message. I also absolutely LOVE recording and being a part of building something from scratch that’s hopefully magical, its is surreal experience.

There’s not too many frustrating parts but I find it to be sometimes disappointing to feel like you’re in a rut or have lost momentum due to external things like sickness, lockdowns or funds. I think it’s important to remind yourself in these moments that it’s not a race and that the quicker you recover or get back on your feet, you’ll find it easy to pick up where you left off.

You won’t age out of music, stick at it and remember to do it for the right reasons. Just make sure you have fun with it!

The Wattles' new single 'The Wrong Idea' is available to stream now. Check it out in the player below.

2 hours 15 min ago Following on from the release of their highly-praised 2017 LP 'After Laughter', Paramore have now