Getting To Know... Westerner

Getting To Know... Westerner

The band's new single 'Restless' is out now 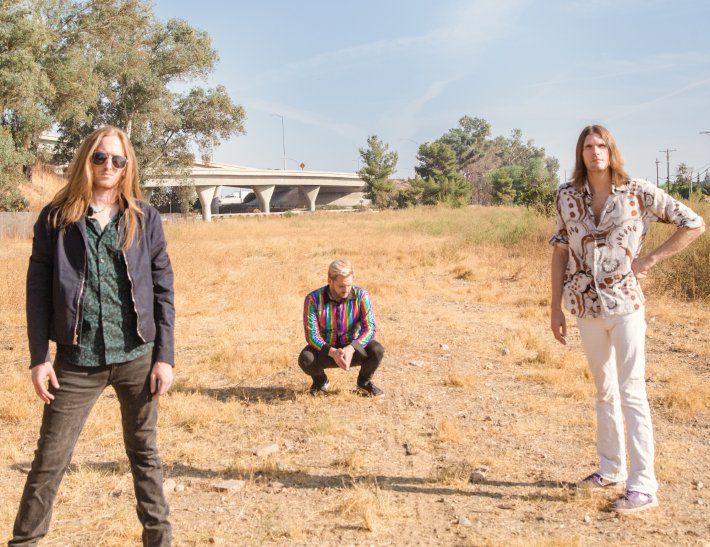 Having spent the last year releasing a flurry of fresh and exciting singles, LA-based trio Westerner are now looking to cap off their 2020 with the impressive new offering 'Restless'.

Bringing back more of that bold and vibrant aesthetic they are known for, 'Restless' sees the group finish up an incredible year in style. Filled with fast-paced energy, sweeping guitar hooks, and some magical vocals at the helm, we are all holding on to find out what 2021 will bring them.

Cooper: I would say I really fell in love with piano first. The feeling of pounding on the keys felt very rock and roll. It’s a full body instrument, and getting your whole body involved in playing it is galvanising. And the sound that comes out of a piano is epic.

Brandon: I heard many instruments growing up, but the one that called to me the most was the saxophone. My mom and I would go watch local bands and I always thought the sax player was super cool. Not just the look though, the sax has a distinctive sound, it can be powerful yet also sexy.

Mike: Drums for sure! I was always tapping my fingers and annoying my parents. I even took a bunch of pots and pans and made a drum set before I got my first drums.

Cooper: Well, if we’re talking about other musicians it’s Radiohead. Sometimes I hear people talk about albums that changed their life. For me, it was Kid A. I had never listened to Radiohead before, but for some reason when I read the review of Kid A in Rolling Stone I had an intuition that I needed to get this album. It completely changed the way I thought about, listened to, and wrote music. It did to me what Sergeant Pepper’s did to our culture at large.

Brandon: I feel we have a bit of dance/EDM and disco inspiration in our music, and that’s initially what made me gravitate towards this band. Not a direct correlation always, but I feel we all appreciate what dance music does to people - it gets them dancing! That’s one of things we seek as we write our music.

Mike: I have a very close emotional connection to music and feel a need to create for people like myself. I find inspiration in all music, but mostly gravitate towards progressive rock and metal.

Cooper: Initially I liked pop, like Ben Folds Five and Third Eye Blind, and pop punk, like Green Day and Blink 182. And then in my later teen years my taste became more discrete. I had maybe three bands I would listen to all the time: Radiohead, Tool, and Sigur Ros. My dorm mate in college kept telling me I needed to expand my palate. I was quite happy with my song selection, though.

Brandon: As a teen, my music tastes were mostly what was on the radio, or music suggestions from friends. When I was 14, my high school marching band did a show based on the music from the band ‘YES’ and I’ve been hooked ever since. I feel my exposure to music was based on what my friends were listening to. One friend got me into The Ramones, another into Savage Garden, another into Big D and the Kids Table, and I just soaked it all up.

Mike: I started very young with country (Garth Books for life!) then merged into rock with bands like Soundgarden, Foo Fighters and Collective Soul. After listening to Tool I started widening my interest to more progressive bands, or just any band that was doing something different in my opinion. Rush, Yes, The Mars Volta, Mastodon, Radiohead, Dillinger Escape Plan, Opeth, Circa Survive, Primus, SOAD, Deftones…… the list goes on.

Cooper: I like to be surrounded by certain types of books, certain types of movies. I don’t know if I can explain what types they are. I’m very fed by mental energy. If it’s a heady atmosphere it will inspire me. I also tend to be inspired by things that are taboo or left-field.

Brandon: We’ve had a chance to get out of the city a couple times this year, and go up to the mountains (Lake Arrowhead, Big Bear) as a band. I feel this change of normal scenery mixed with relaxation vibes is the perfect cocktail for song writing. In fact, two of our songs (Yesferatu, and a new one releasing in 2021) have been mainly written and constructed in the mountains.

Mike: I enjoy listening to lots of different music to inspire different drumming approaches. Also working together as a group to structure and build a song from the ground up is a very satisfying experience.

Cooper: I’ve been listening to Warpaint, Eoliennes, Carpenter Brut, and Calva Louise. Calva Louise needs to be big. They are a female fronted electronic punk band. They have a pop sound delivered in a unique package.

Brandon: My current go-to any time is Tame Impala - I’m obsessed! But I AM one of those weirdos who enjoys Christmas music, so I have been listening to that more recently - it’s the most wonderful time of the year!

Mike: Intronaut put out an amazing album this year, so I’ve been listening to that a lot. Good Tiger, Kiev, Vola, The Contortionist, Tesseract, Meshuggah, The Ocean Collective, Between the Buried and me, Polyenso, Satyr… I could go on! I love searching for and discovering new music.

Brandon: I’ve written songs personally about people I’d like to forget, but nothing like that in this band.

Cooper: Brandon and I did a whole live stream with German accents. It was completely off the cuff. Brandon was so clumsy with the accent that he was sliding in and out of other accents, and sometimes I couldn’t even understand what he was saying. We watched it afterwards and laughed so hard our stomachs hurt. There’s a Tik Tok video of it that has all the best moments. I go back and watch it sometimes and it still gets me.

Brandon: I was putting together a little Tik Tok video of Cooper smoking and him talking wisdom like Sam Elliot, and when I was done I made a comment that I was going to add music by the classical composer Dvorak in the background to give it a “proper” vibe. Cooper then said something snarky like “oh look at you fancy pants and your Dvorak” and our manager jokingly goes “yeah, you think you’re better than us with your Dvorak” and then Mike goes “yeahhhhh, you’re so cool with your Bjorjack”! We all bust a gut because Mike was just trying to get in on the burn, and he failed miserably trying to say the correct name - Dvorak.

Cooper: Well, I’m gonna have to go with Radiohead. Thom Yorke, if you’re reading, slide into my DMs.

Mike: I think you guys are getting tired of me listing bands, so i’ll skip this one.

Brandon: Eek! I don’t think about this often because I find it rather depressing. However, I really enjoy baking, so probably like working in or owning my own baking business.

Cooper: I don’t know. I agree with Brandon. It’s kind of depressing to think about. I suppose I would be a philosophy professor. That’s what I went to school for. I would enjoy the sciences or political leadership as well.

Mike: I was studying structural engineering and was very proficient in CAD, so likely something in construction or parts development. I currently repair audio equipment and maintain studios during the day, so somehow shifted into electrical engineering... I can’t imagine not pursuing a career in music though.

Cooper: Trust yourself. Don’t second guess the feelings or inspirations you are having. Just write. The inspiration will fade and you don’t want it to fade away or fly to another person. You need to strike when the iron is hot. The thoughts and feelings might seem scary to reveal to other people, but it’s important that you just document them. Don’t judge them. Just get them down.

Brandon: Be prepared. You never know when opportunities will come knocking. And when it does, you better be prepared because you don’t know when another one will come around again.

Mike: An ex Nirvana drummer, who’s name I won’t mention, once hobbled up to me while I was playing drums in a 2 piece band at a dive bar in Long Beach. He threw a wad of one dollar bills on me as I was in the middle of a song and started ranting very loudly. “Never give up!…. don’t let anyone tell you what to do!....... don’t stop!......keep drumming!” He then promptly left…… so that was weird. I passed out the one dollar bills to my friends and told them the same thing.

Westerner's new single 'Restless' is available to stream and download now. Have a listen to it in the player below.

4 hours 22 min ago Following up the release of his heavily-praised 2017 debut LP 'Half-Light', Rostam has now announ

Getting To Know... Amber Jay