Getting To Know... The Winters

Getting To Know... The Winters

The band's new EP 'This Full-Grown Nightmare' is out now 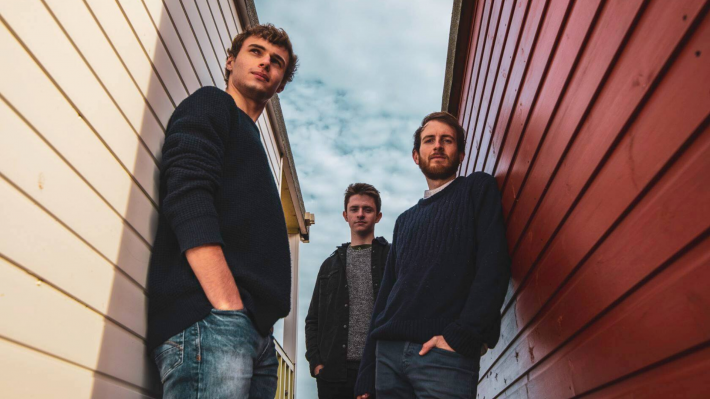 Having spent the last few months releasing a wave of bright and euphoric indie-rock gems, British outfit The Winters now look to cement their work to date with the release of their debut EP 'This Full-Grown Nightmare'.

Filled with bold and anthemic offerings throughout, 'This Full-Grown Nightmare' makes for an incredibly fun and upbeat listen. With nods to the wondrous side of the Britpop and early 00s indie-rock sound in equal measure, this initial collection spells great promise for the trio in the months to come.

So with their new EP available now, we sat down with them to find out more about their earliest beginnings and what has inspired them most over the years.

There’s a video of me playing a guitar with a hand whisk when I was about 2! But the first instrument I learnt to play properly was the trumpet when I was 11. That’s definitely what sparked my love for music. Soon after, I started learning guitar, then singing, then went on to study music at university… and the rest is history!

If I had to choose one inspiration, it would have to be The Wombats. I remember the first time I heard ‘Kill The Director’, I just couldn’t stop listening to it. They’re a band that I just keep going back to and I think their influence definitely shows through in our music, particularly in songs like ‘We’re Still Kids’.

As I mentioned before, The Wombats featured heavily on my playlists, but also Athlete, Of Monsters and Men, Green Day and The Fratellis. I also loved a bit of hair metal, too. So a bit of a mixture, really!!

I don’t remember a particular song, but I do remember the moment. I was 15, lying in bed one night, struggling to sleep and I remember a moment when something clicked and I realised that music was all I wanted to focus on as a career and lifestyle. I’m not even sure exactly what it was that changed in my head, but up until that night I was planning on becoming a vet, mainly because it was a ‘proper job’. I then went into my parents’ room and announced that I would be focussing on music from now on (a bit melodramatically!!). My parents have always been super supportive though and I’ve never looked back!

Right now I’m listening to Lena, Love Fame Tragedy, Ingrid Michaelson and Almond Soy… as well as the mainstays that I mentioned before, too!

How many of your songs have you written about people you’d rather forget?

Haha great question! Ermm… Quite a few. Although actually none that we’ve released yet. Thrashing out an angry song on a guitar has definitely always been my primary way of dealing with emotions though – there’s something very cathartic about it!

Before forming The Winters I used to conduct a symphony orchestra. We were on tour in Germany a few years back, performing in a concert hall. After we’d finished the last piece of the concert I turned to the audience, bowed and then went to walk down the centre aisle of the audience, towards the back of the hall.

Just as I had left the stage and reached the first row of the audience, an elderly lady got up from her seat and started to walk with her stick really slowly in front of me. I awkwardly had to walk behind her, she was completely oblivious to the fact that she was now the centre of attention! It took us forever, but the audience were kind enough to continue clapping until we finally reached the back… silence would have been far more awkward!! That was a pretty unusual moment, for sure.

Music is definitely my biggest passion but I also love scuba diving and travelling, and over lockdown I’ve really got into running, too!

I always think I would have enjoyed learning multiple languages and working as a translator. I used to be fairly decent at French, but not anymore sadly. Maybe I’ll take it up again in the future!

Don’t give up. Remember that being told ‘no’ is part of the journey. Keep chipping away, keep believing in yourself and your music and keep working hard. It will come. Also, practise!!

The Winters' new EP 'This Full-Grown Nightmare' is available to stream and download now. Have a listen to it in full via the player below.

The Winters · This Full-Grown Nightmare

7 hours 17 min ago Following up the release of his highly-praised debut EP 'Blood Harmony' last year, FINNEAS is bac

10 hours 36 min ago Following on from previous releases ‘Cherry