Getting To Know... XANDY

Getting To Know... XANDY

His debut solo single '(in)xanity' is out now 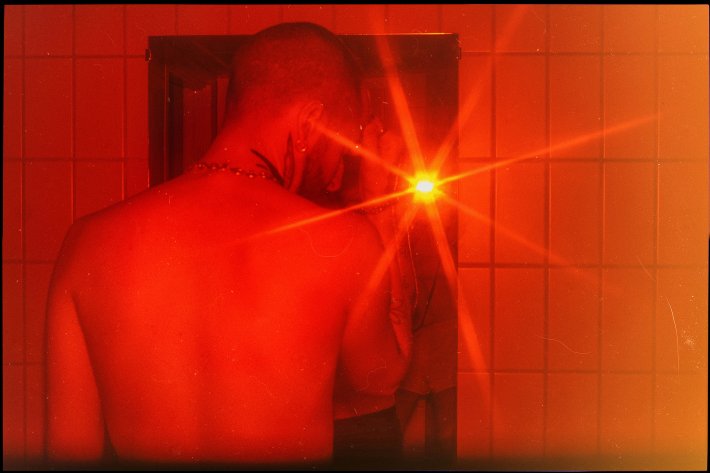 Having previously guested on an array of singles including Bondax's 'Gold', CAZZETTE's 'Together', and The Magician's 'When the Night Is Over' over the years, Stockholm-based artist Andreas "XANDY" Cavaco has now returned to deliver his long-awaited debut solo single '(in)xanity'.

With nods to the psychedelic soul sound of the 1970s, '(in)xanity' makes for a wonderfully bold and intoxicating groove. Filled with rich textures, broad aesthetics, and his instantly recognisable vocals at the helm, this initial offering looks set to be the first of many captivating releases from the artist to come.

So with the new single doing the rounds, we had a quick chat with him to find out more about his background and what has inspired him most over the years.

Electric organ definitely. My deadbeat dad was/is an organ player. I was crashing at his new family’s house every other weekend for a year when I was a kid and he had an old Technics organ there, one with the bass pedals. I loved to see him play, thought that was cool as hell.

I've been appreciative of music for as long as I can remember and I’ve always fucked around with words, so I guess the nursery rhymes. Sweden don’t play.

If you’ve ever wondered why Swedes are good at music and why you’ll never beat us. That’s it. The mother of head-starts.

Dilla, Slum, Madlib, Pharcyde among others, but also guilty pleasures and various stuff I dare not disclose...but along came Voodoo and changed my life forever.

I don’t see it then and there but i always find myself in a position where i end up hurting. Took me years to realize i do it because it’s my only way to actually feel something real. The pain.

I grew up hurting. My pain is my comfort.

When I’m hurting the most I write my happiest songs. It’s fucked up...and so goddamn beautiful.

But I rarely write from the perspective of others, it’s always me seeing them.

I’d rather say moment(s).. and that’s every time someone i don’t know shows me love.

Can never get used to that.

Bon Iver would be cool. So Vernon, Justin, homie, if you see this, dm me dude.

I don’t really listen to advice concerning my art. It’s mine. It’s me.

I worked with the same guy for 14 years because we saw each other’s visions.

He’s the only one I’ve ever let in.

It’s art. Compare it to painting.

Sometimes people appreciate enough to buy it, because it looks good on you or because your neighbour has it, and sometimes we go hungry.

Get depressed. Go through the motions of never to be able to write a song again, like forevernever. Die.

But then it hits you.

Can’t give me advice on that.

XANDY's debut single '(in)xanity' is available to stream and download now. Have a listen to it in the player below.

1 day 10 hours ago After spending much of the year releasing a batch of highly-praised new material, James Vincent M