Her new single 'Whippoorwill' is out now 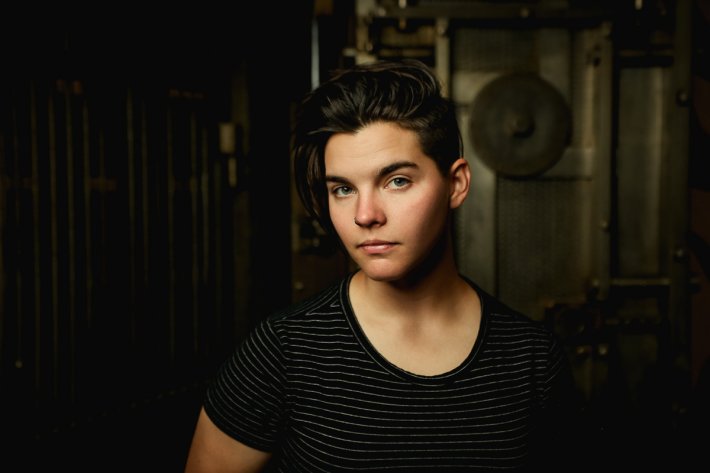 Following on from the release of her much-loved EP 'Trial By Fire' earlier this year, Nashville-based singer and songwriter Madeline Finn is back once again to deliver her latest single 'Whippoorwill'.

Channeling the warm and enticing flow of acts like Phoebe Bridgers and Weyes Blood, 'Whippoorwill' sees her return in shimmering form. Jam-packed with seductive emotion, soaring production, and her own immaculate vocals at the helm, be ready to be swept off your feet by this one right from the start.

So with the new track out and about, we sat down with her to find out more about her background and what has inspired her most over the years.

I fooled around with instruments since I was barely able to speak a full sentence. From what my mom tells me I always had an affinity for singing, but the real thing I remember loving is drums. I would turn pots and pans into drums, any time my cool older cousins would let me sit behind their drum kit I would play on it way too long until I was forced to give someone else a turn...that kind of stuff. I still think my inner child feels the most at home behind a drum kit.

So far my biggest inspiration has been necessity. I write because I have to for my own emotional and mental well-being. When I am going through a rough patch, or start wrestling with the difficult questions linked to the human experience, I sometimes don’t know where to put that energy. I learned to use writing and music as a constructive conduit for my own suffering, without it my head can get a little dark.

Love this question. If we are talking about a straight up physical environment, I find most of my inspiring moments outside of turmoil happen while touring/traveling. Seeing new places and being submerged in a place outside of the norm means I’m challenged to use new perspectives, from that new perspective comes new inspiration, new lyrics, new melodies etc. etc.

The newest artists I’ve been digging mostly fall under that indie folk umbrella with a little bit of variation. I recently took a jump into Lake Street Dive and that’s been a ton of fun since there is some soul tone to their stuff. I also stumbled across Covey, Jeffery Martin and Noah Gunderson recently.

Oh good god, probably a good chunk of my newest album (and then some). I have grown a bit and when I was writing that record I was in a pretty tender space and unfortunately came up with some pretty cool songs. Playing them over and over feels sometimes brings up some guilt when I would much rather just move forward.

When I first started performing I was playing a high school battle of the bands. It was at the House of Blues in Downtown Cleveland so it might as well have been Madison Square Garden in the eyes of my 15 year old self. I was fronting a band and during the first song of the set jumped off the drum riser and basically fumbled the landing practically breaking my ankle, so embarrassing. Luckily I was able to do a somersault of sorts, land on my knees and finish out the set before going to the hospital. Ended up on crutches for a bit and still have the video to show at a dull dinner party, overall a win win.

Gregory Alan Isakov, no questions, no pay needed, absolute dream opportunity to play with someone who has been so influential for me.

Before I dropped out of college to pursue music full time as a touring musician, I studied culinary arts. I probably would have ended up continuing down that career path and still miss cooking sometimes.

When I was doing that whole reality show thing, one of the judges reminded me that I didn’t need to prove myself every time I sang. I could simply be myself, not rely on the old failsafes that I thought people loved about my performances (singing really loud, high, angry). That was game changing for me, and I'm forever grateful for the experience that led to that realisation.

Madeline Finn's new single 'Whippoorwill' is available to stream and download now. Have a listen to it in the player below.

2 hours 55 min ago Having brought the soul sound to a new audience over the last decade individually, Anderson .Paak

Getting To Know... Behold The Brave

13 min 44 sec ago After making a huge impression on their home state Tennessee over the last few years, emerging ou