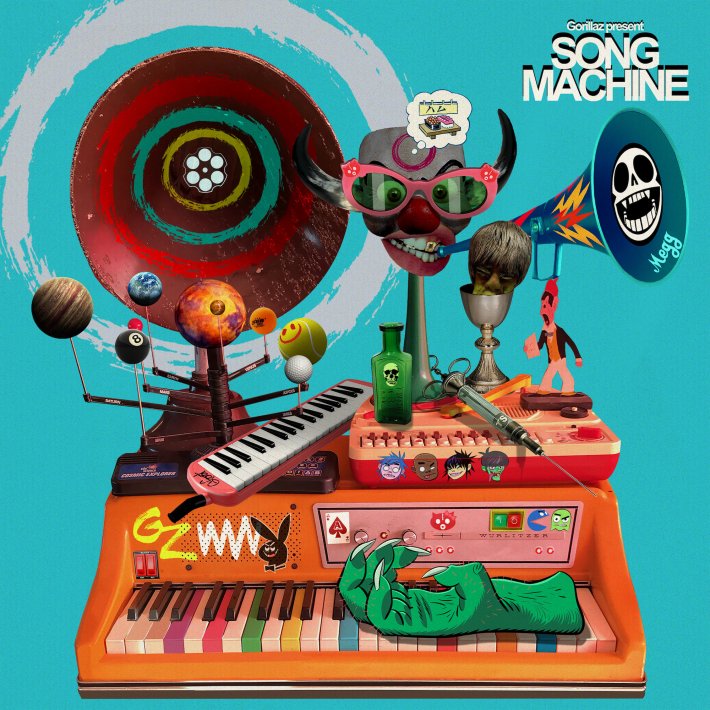 The legacy of Gorillaz can be easily split into two different eras. While their initial rise to fame came in the early 2000s, bringing acclaim and longstanding anthems to their diverse and imaginative direction, the group took a seven-year hiatus between 2010 and 2017, leaving many to think that this particular Damon Albarn project had served its time. But a rare twist of fate, he has revived his activity within the outfit and has returned with a prolific run of singles and album releases since. Now on their third full-length since the break, 'Song Machine, Season One: Strange Timez' sees itself as a concept album without the concept.

In a sense, 'Song Machine, Season One: Strange Timez' was never intended to be an album, more as a string of single collaborations that had no reason or rhyme to be packed together like this. As a result, the record has a free and disjointed style that is equally matched by the bold and vibrant aesthetics it looks to produce. Featuring their most star-studded tracklist to date, with the likes of Beck, Elton John, Robert Smith, Peter Hook, Kano and literally dozens more packed onto these offerings, this feels more like an experiment in genre exploration than looking to create a fully succinct and cohesive LP.

Nevertheless, the sheer level of creativity on this project spills out of every track, giving it a surprising and captivating texture throughout. It may not be their most prized collection to date, but 'Song Machine, Season One: Strange Timez' is a confident and driven release that packs itself with all the familiar Gorillaz troupes that it can.

6 hours 49 min ago After spending the last few weeks teasing the release, St.