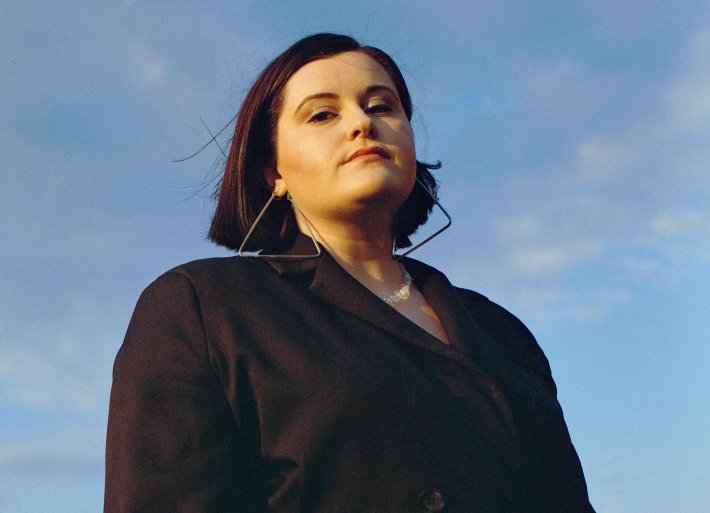 Over the last few months, we have watched as emerging Manchester-based artist Szou releases one euphoric cut after another. And with an enormous amount of buzz building around the singer and songwriter, she now returns with her sensational new single 'Shadows'.

Bringing back more of that bold and adventurous alt-pop aesthetic she is earning a reputation for, 'Shadows' marks one of her most standout offerings to date. Fresh and vibrant at every turn, the future is certainly looking very bright for this confident up-and-comer.

So with the new single doing the rounds, we caught up with her to find out more about her latest release and what she has planned for the future.

Hi Szou, how are you today?

I’d describe it as emotional electro pop- crying on the dancefloor kind of anthems! My biggest influences are Lorde, Sigrid and dance acts like Disclosure and Flume.

And do you remember what the first song was that made you want to start a career in music?

I don’t remember the first song but I remember the first moment! I went to Camp Bestival when I was 11 and saw Friendly Fires who were headlining. I had no idea who they were but I knew from that moment I wanted to make music like that and take people to other dimensions.

You have just released your new single ‘Shadows’. Can you tell us how that track came about? Is there a story behind it?

Yes! So last Winter I was walking around a very quiet Manchester city centre and thinking how it had lost its aliveness and the memories of it’s past were haunting me on every street corner. The pandemic had driven the people physically away but its memories were still living on in my head.

Was there a particular style you were looking for when you wrote it?

Yes- like cool soulful pop. It always reminds me of It’s Not Right But It’s Okay by Whitney Houston. There’s something so gorgeously melodic about all elements of it - her vocal harmonies, the recurrent kalimba sound, the synth flourishes. It’s a perfect pop tune!

And how would you say it compares to your previous material?

So this one is a hell of a step up! This was the first time I got someone else involved with the production process. I enlisted David Simpson to help me and he perfectly balanced my production with his. He gave it a more professional, glossier push and I’m here for it! It just sounds a bit better compared to some of the other tracks I have.

Can we expect a new EP, or even an album from you in the near future?

Oooh for the time being probably not! I’m at an early stage of my music career and I think at the moment it’s better if I work on one piece at a time and learn from each release. But obviously maybe in a year's time an EP might be on the table!

I may have a few releases planned… I’m also moving to London soon and I can’t wait to do some gigs there and meet other amazing artists!

And finally, what is the best piece of musical advice you have ever been given?

That you’re never too old to go into music. I’m not even old but I do have a creeping fear that in the world of pop music I’ll be rejected because I’m not fresh out of school. At the end of the day if you work hard and make good music, other people will like it too and that’s all that matters.

Szou's new single 'Shadows' is available to stream now. Check it out in the player below.