MOVEMBER FEATURE: Emerging artists talk about how they deal with their mental health

MOVEMBER FEATURE: Emerging artists talk about how they deal with their mental health 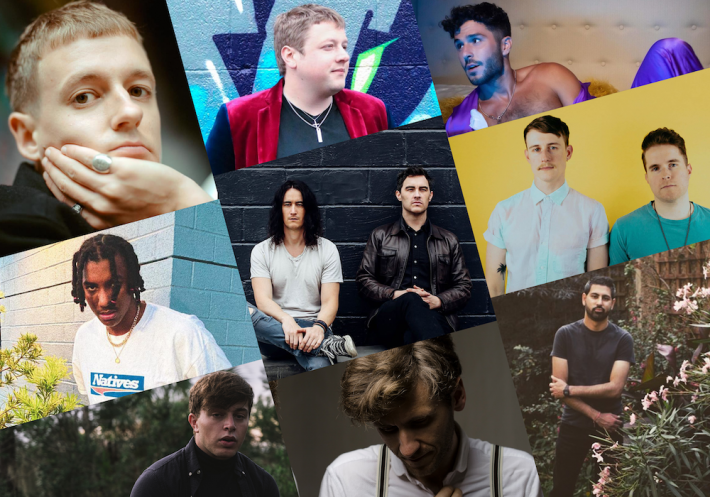 With 2020 becoming one of the most difficult and troublesome years on record, preserving good mental health has never been more important. With so many separated from their loved ones and many having to adapt their personal and professional lives, this year has seen the mental health conversation pushed to the forefront of the social debate.

But one of the most affected areas has been the music industry. With live events cancelled for the majority of the year, many artists have seen their income and livelihoods ripped apart by the pandemic, and record numbers have now begun to reach out for professional support as a result. And with November marking Movember, the men's mental health awareness month, we felt it best to reach out to a handful of musicians to find out exactly how they have coped during this year and what advice they have for others.

"The music industry is tough on mental health I am someone who demands the best from myself and those around me and I put an insane amount of pressure on myself to be successful and that takes its toll. I've had a huge 2020 a very successful year but I want so much more. No one will ever take your career as seriously as you or care about it as much and that can hurt slightly that people maybe don't care as much as you'd want.

"The thing that keeps me going is that I know I am alright at what I do and my music is starting to reach the right audience and gain some success its just hard to keep that momentum and keep blasting money in (now over 12k this year) the way I keep myself on track is by knowing this is my dream to get to the arenas one day and keep that belief in myself and those around me! And to just enjoy the journey and enjoy the sessions in the studio with Chris and Mark at blank studios and to enjoy the little victories be it a blog or a playlist or streams going up whatever it may be enjoy it. The gym and keeping as healthy as possible does help too and surrounding myself with positive people who believe in me and want to see me do well. I've kept my circle small and cut those out or seen less of the people that aren't pushing to be the best versions of themselves and the mates I have kept are like family and I'd do anything for them they know who they are and are so important to me."

"Singing is my meditation. It’s the only time I can get my brain to turn off, the only time I can be fully present. My writing style is very much a stream of consciousness, so it’s almost like I allow someone to speak through me - or perhaps my subconscious reveals itself. I wrote songs about being an alcoholic long before I identified as one. I’ve been writing songs about instability and loneliness for years before I began to work on healing those parts of myself. That’s the thing about us people - we know exactly what we need. It’s just a question of when we come around to feeling worthy enough to commit to our selves. Mishandled mental health usually points to a lack of self worth, but we are here - so we are worthy.

"I haven’t released much of my more intimate writing, but “Stop the Show” with DJ Jovani is a raw snapshot of where I was at the height of my alcoholism. Very desperate. 'Hurt Somebody' was conceived after my therapist told me I was closed off and cold. She was absolutely correct, and I thought it deserved an anthem."

"My process is to create based on pure feeling. I have to feel the lyrics and feel the melody, it has to vibrate in me at the right frequency before I know it’s the right path. It’s not an intellectual pursuit. It just feels like heaven. It’s important for men to take care of their mental health because a negative mental state can take control of your life and when you don’t check in with yourself it can creep up unexpectedly. In the past having dealt with anxiety and panic attacks, it was only when I realized I had a choice to explore another way of being that I was able to gain inner freedom, clarity and an understanding of why I was having these experiences. This allowed me to eventually create a healthy and vibrant life for myself which in turn has greatly helped my creativity and writing as I’m able to focus and converse with my Muse. My struggles with mental health has been the fuel for a lot of my writing, but having the clarity and overcoming these issues has been what keeps the creative fire alive, as one feeds the other."

"We feel grateful to be living in a time when mental health awareness is becoming less stigmatized, especially for men, and a time when self-care is viewed less and less as selfish. Both of us actively go to therapy for our own mental and emotional health. Apart from professional mental health care, we also use our songs as a constructive emotional outlet for the feelings we deal with. The music and melodies allow us to create the atmosphere of the emotion we're trying to convey to the listener and the lyrics allow us to carefully craft our thoughts in a way that is relatable (we hope) and resonates with the audience. The last track on our EP ("Bad Feeling") is about what it feels like to battle chronic anxiety (which we both struggle with almost daily). We hope to contribute to a culture where mental health (especially among men) is as encouraged as eating well, working out, and going to the dentist."

"I see maintaining mental health as a top priority for living an all around healthy life and it is something I personally struggle with every day. Finding an outlet for stress is a necessity for those of us who are having this struggle. For me, that outlet is music. For others, it may be engaging in other arts, or even meditation or exercise. If we as a society care about maintaining our mental health, we must make sure there is access to these outlets at every level of our social strata. After all, so much stress on everyday people is caused by problems that are systemic to the way society is organized. I am lucky to have enough time and energy to use music to express myself and relieve stress, but there are so many that do not. Caring about mental health translates to fully funding mental health programs for those struggling, as well as fully funding the arts and physical education in our schools. Mental health should not necessarily be viewed with an individualist lens, but something we should all strive to take care of together."

"Ultimately - it is a track I wrote for me, knowing that most people constantly feel how I did at the time with social media and modernity making us feel like we have to know everything and be happy all of the time. We are led to believe that self-love and self-actualization can be achieved through external sources like drugs, alcohol or the opinions of others on social media platforms - when in reality it can only come from inside of ourselves. I wanted to go on record stating how I feel so as to ensure anyone who listens to the track that they are not alone in feeling lost or conflicted sometimes. I was suicidal at the time I wrote the record and it just so happened that it was around the same time one of my heroes Robin Williams took his own life. It was really devastating for me and made me want to go on record acknowledging how I felt so I could begin to work on my own mental health as well so I did not meet my end like my hero."

"Opening up in my music is important to me because it acts as an outlet to express my emotions. At the same time, it allows my audience to relate in some way by letting them know that letting your guard down is OK. Being public with your feelings is a difficult thing to do as an artist, but if it helps at least one other person to get through a hard time in their life, I’ve achieved what I’ve set out to do. As an introvert, opening up to people is always a tricky situation, but songwriting can channel those energies and emotions into a physical piece of art which is a beautiful thing."

"I try to be mindful of what I take in. There are so many ways to distract ourselves, and what we take in we have to digest. I find if I spend too much time online I end up in a sort of trance. Recognizing when I have slipped into a trance has been one way of managing my mental health. I mean I could literally go on Twitter to check a single notification that comes in – and I’m still there 30 minutes later. I really should turn off those notifications!

"I also find that bringing awareness to my elusive self-critic is helpful. It’s done a damn good job of getting me to where I am today in fairness, but it can be a blunt instrument at the best of times. The trick is to learn how to work with such an instrument and to allow it space to have its voice heard.

"When I am free of distractions and operating at a slower pace the creative process becomes less of a battle. I find my mind is more open to possibility in the morning, and free of the noise that creeps in later in the day. There tends to be more of a flow to writing in these hours that you can observe in the music."

“I think no matter what, I’m constantly writing about what’s going on inside my head and what I could imagine is going on in other’s heads as well. I feel like everything comes from there for me, whether it’s good or bad, I’m always referencing mental health. A lot of the time I'll bring to life non-tangible ideas, walking around with a shadowy figure following me. And that figure could be the manifestation of sadness, or a specific self- critique. Writing about topics in that way makes for a really interesting and sometimes even fun process to deal with problems. I’ve had occasions where I wouldn’t know the first step to making myself feel better, and then i’ll just write a song about how my problem is this black cloud but I’m able to clear the skies inside of this tune leading to sometimes actually feeling better overall, haha”

22 hours 57 min ago After spending much of the year releasing a batch of highly-praised new material, James Vincent M