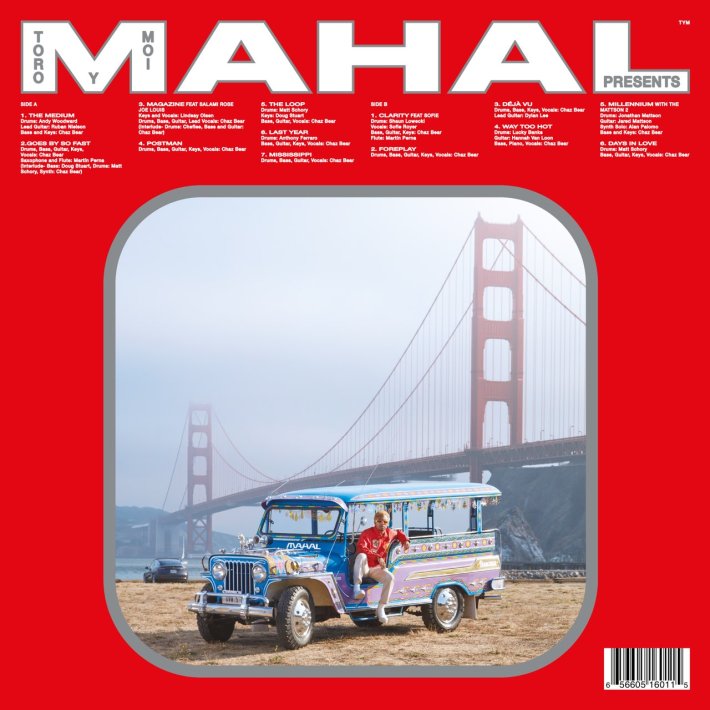 After spending the last decade or so as one of the world's most inventive and imaginative producers, Chaz Bear aka Toro y Moi has rarely found a moment where inspiration has not struck him. With an impressive flurry of releases under his belt already, not to mention his various side-projects in recent years, he continues to find new and exciting avenues to explore, injected with passion and flair throughout. And after a few years since his 2019 LP 'Outer Peace', he now returns with his seventh studio album 'MAHAL', a record that looks to continue his run of form so far.

What seems most noticeable about this new collection is the more organic texture he has added into it. While normally a fan of the odd electronic element, Toro y Moi has almost removed every shred of synthesiser from this new offering, opting for a rawer and more open sound. Joined by notable collaborators such as Unknown Mortal Orchestra, Salami Rose Joe Louis, Sofie Royer, and The Mattson 2, 'MAHAL' looks to see itself as a more diverse and explorative release, as he looks to create a smooth and breezy selection of largely instrumental moments that build to one absorbing atmosphere.

While he has always looked to create a sound like this, there is something beautifully unique about 'MAHAL'. We see him in a more relaxed and driven guise as each track looks to compliment the one before it, making for a wonderfully engaging listen that sweeps and soothes as often as possible.

7 hours 52 min ago With her eagerly-awaited new album landing in just a few weeks, Mabel has now dropped the next cu

8 hours 46 min ago After establishing herself with her stunning breakthrough debut EP 'TMI' in 2020, Toronto-based a