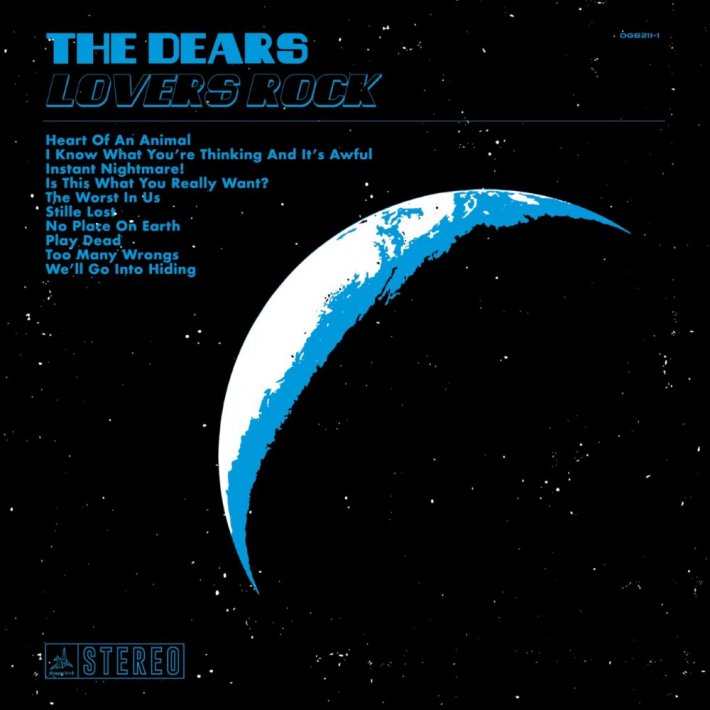 Just like much of the new music we are hearing today, it was written, recorded and completed long before any of this COVID-19 business began to really make its effect known on the planet, but that just adds to the eerie coincidences and parallels this record makes towards the world at large. For their eighth studio release, Canadian outfit The Dears looked to create a concept album whereby an imaginary planet Earth, filled with blissful and romantic individuals, finds itself hurtling towards its doomsday course, and the connection this now has on the real world is almost too spooky for words.

Intended to balance the ideas of romanticism and dread in equal measure, 'Lovers Rock' was only ever intended as a fiction, but with the current climate pushing to create a world that is even more frightening than we could have considered at the start of the year, this new collection resonates far more with the listener than even the band could have thought possible. It almost feels like you can listen to this new record in two separate ways, one that appreciates the majesty of their romantic disposition, and one that could now see themselves experiencing its content on a more personal level, making for a far more engaging release than was originally intended.

But aside from the now very real comparisons to the real world, 'Lovers Rock' is a strong and vibrant slice of psych-rock that sees the group delver a rich and effortless sound through the lens of some wonderfully exciting storytelling. There may be far more doom and gloom in the world right now, but this album almost feels like the perfect escape in finding that silver lining we all need right now.

1 hour 38 min ago Following on from the release of their long-awaited new album 'WOMB' from earlier this year, Puri

19 hours 3 min ago Having spent the last few months releasing a wave of smooth and solid retro-inspired offerings, F