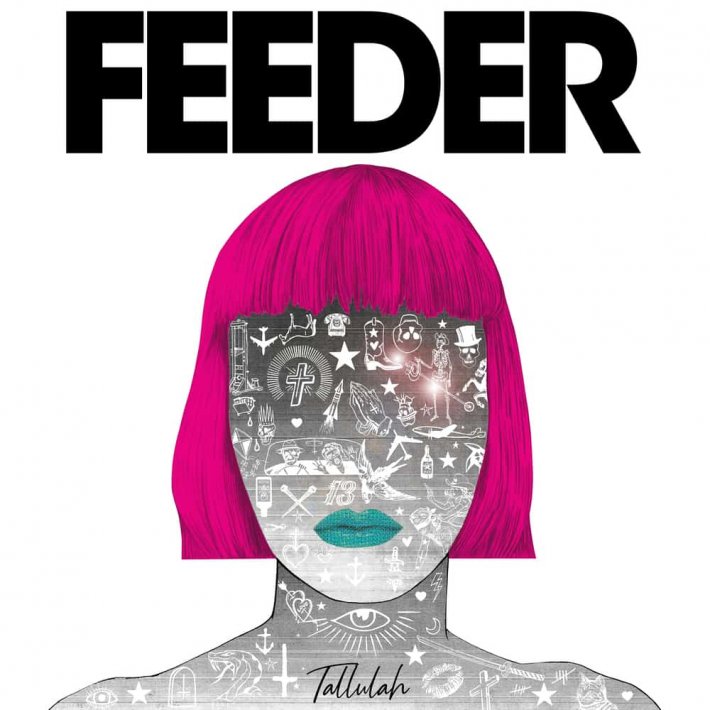 Since their initial beginnings, Feeder have been one of those anomalies of the British rock scene. Never really sounding much like anyone else, the band have always managed to carve a niche for themselves as these outcasts of the modern music zeitgeist and in the process, deliver some of the catchiest earworms of anyone going. Now as they celebrate the 25th year of their existence, the duo return with their tenth studio album 'Tallulah', a record that tries to rekindle the fire of their youth and see them reemerge as the champions of uplifting anthems that they once were.

From the start, 'Tallulah' looks to make a grand impression. The record's opener 'Youth' sees them return to those undeniably catchy intentions that fans of the group would have heard on their memorable single 'Just A Day', proving that age is simply a number to these two. However from there, we are treated to a heady mix of bold and interesting pop-rock belters that sometimes don't quite hit the mark as well as they should. While tracks like 'Daily Habit' and 'Fear Of Flying' still hold their own on this new collection, there are a number of others which have this almost hollow feel, giving us glimpses of the old Feeder but with less of the tenacity we would want to hear.

However, despite its issues, 'Tallulah' is still a throughly enjoyable listen. It may not have the sheer, ball-busting energy of their early work, but it still takes great strides to try and revive it, giving us a fresh and exciting new record that will please their longstanding fanbase no doubt.

Harrison Storm - 'With You'