One of possibly two albums has been suddenly dropped 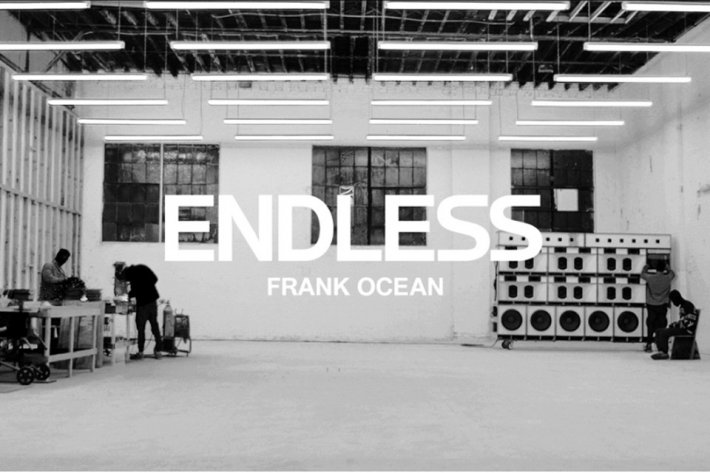 If there is anything we have learnt from this Frank Ocean saga, it is that the man certainly knows how to build up expectation. But last night, after nearly two weeks of silent, unending footage of Frank in a carpentry workshop, the video suddenly began to play music, which we now know is not the same album we were lead to believe was being released. Instead, we got to hear 'Endless', a completely separate album to the previously announced 'Boys Don't Cry', which is apparently dropping shortly.

But while many would see this as a silencing tool, simply put out to quench our thirst until the "real" album comes out, he has definitely given it his full attention. With a varied list of collaborators including Jonny Greenwood, Sampha and James Blake, 'Endless' is certainly no interim release. In fact, the production and atmosphere created on this record is simply outstanding. We get to hear Frank's incredible voice serenade a rich bed of piano chords and subtle beats to create a sound that brings us back to hearing his breakthrough record 'Channel Orange' again for the first time.

Rather than quenching our thirst, 'Endless' has only made us more hungry for 'Boys Don't Cry'. If this is the appetiser, then expect 'Boys Don't Cry' to be the steak and potatoes of this year's musical catalogue.

2 hours 14 min ago With their eagerly-awaited new album arriving later in the years, DZ Deathrays have now dropped t

3 hours 17 min ago With a string of fresh and vibrant singles under their belt already, LA-based duo Valencia have n