Getting To Know... Dan Atta

Getting To Know... Dan Atta

The frontman's new single 'Life Beyond Life' is out now 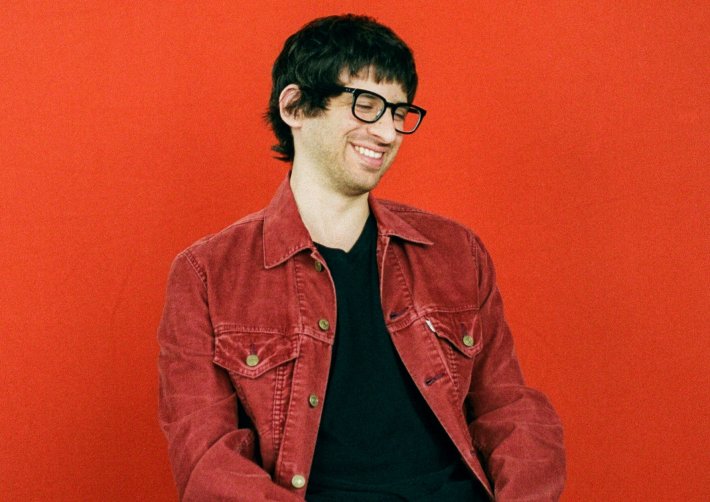 With a rich and diverse back catalogue, which has inspired by his love of Bob Dylan, David Bowie and The Beatles, LA-based singer and songwriter Dan Atta has now returned to unveil his new single 'Life Beyond Life'.

Filled with a wonderfully rich and warming atmosphere, 'Life Beyond Life' sees the frontman return in stellar form. Coupling bright and uplifting production with his own wistful vocal performance makes this new release one of the most captivating and dreamy we have heard all year.

So with his new single doing the rounds right now, we sat down with him to find out more about his origins and what has inspired him most over the years.

I first taught myself how to play bass, because everyone was either a guitarist or a drummer when I was in high school, and I thought people would be looking for a bassist. I played bass in a band with my friends for a few years and really focused on becoming a good bass player.

By the end of high school, I was always coming up with melodies in my head and developed a desire to write my own songs. Before leaving for college, I bought a Martin acoustic guitar because that’s what the Beatles wrote a majority of the White Album on in India. (This is still my primary method of writing songs.

Someone once told me, “In rock, there’s the Beatles, and then there’s everyone else.” I’d agree with that statement. The Beatles have been the single biggest influence on me as an artist, from their unforgettable melodies to their impeccable arrangements to their witty and evocative lyrics to their seemingly limitless inventiveness and boundless creative energy.

When I was starting high school, the big post-punk revival hit. All of those bands, from the Strokes to The Vines to the White Stripes to Kings of Leon to The Killers to The Libertines to the Arctic Monkeys - they all had a really big impact on me as a young teenager just getting into music. They also were a gateway into a lot of older bands and artists that I really love – The Beatles, The Kinks, The Stones, Bowie, Dylan, T Rex, Big Star, Oasis, to name a few.

When I was starting 9th grade I heard “Last Nite” by The Strokes on the radio, and everything changed for me. Hearing that opening guitar riff was like seeing a new colour. I immediately knew I had to join a band.

Depends. If I really need to get going I’ll throw on “Be Here Now” by Oasis. Otherwise, something just a bit more chill.

A lot of them are either directly or indirectly related to people in my life. 'Life Beyond Life' specifically is inspired by a series of letters about the afterlife between the playwright Sarah Ruhl and my dear friend, the late poet Max Ritvo, who died of cancer at the age of 25. I wrote this song about six months before Max died, and I think this song was ultimately an attempt at making sense of his impending death through a creative act (writing a song) that was inspired by him. I played 'Life Beyond Life' on guitar for Max several times after writing it, and he would always join in and sing backups during the chorus with me. While Max is not here with us anymore, I feel his spirit whenever playing it now.

I love being in the studio. So for me recording the five songs that are on my first EP (the first four are now out) was the most memorable moment.

I love reading books and watching films. I get a lot of inspiration from what I read and watch. I am a huge F. Scott Fitzgerald fan and have read basically everything he ever wrote. My favourite contemporary filmmakers are the Coen Brothers and Paul Thomas Anderson.

I thought at one point I would either write fiction or literary criticism.

It’s all about the songs. Without good songs, nothing else really matters.

Dan Atta's new single 'Life Beyond Life' is available to stream and download now. Have a listen to it in the player below.

17 hours 51 min ago With their highly-anticipated new album set to land later next month, Sylvan Esso have now unveil

18 hours 46 min ago As a co-founder and main songwriter for London’s 2-Tone/Ska/Reggae outfit The Kubricks, singer an