Getting To Know... Tugboat Captain

Getting To Know... Tugboat Captain 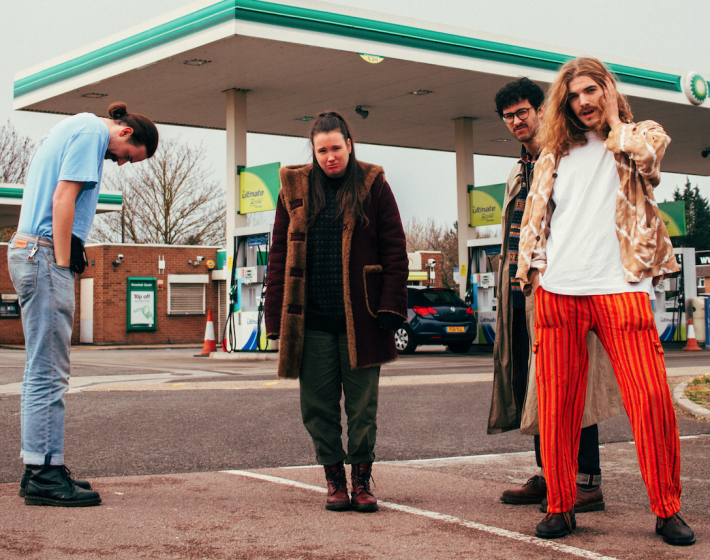 While the coronavirus lockdown has launched many artists to release songs that aim to sum up the times we are living through, London-based outfit Tugboat Captain would probably win the award for the most timely as they return with their new single 'No Plans (For This Year).

Although written and recorded in 2019, the title 'No Plans (For This Year)' harks an coincidental parallel between now and then, seeing the band channel the bright and woozy ELO-inspired direction throughout. Lifted from their forthcoming debut album 'Rut', which is expected to arrive in the coming months, the band have quickly cemented themselves as one of the emerging names to watch out for in times ahead.

So with their new single finally with us, we sat down with them to find out more about their earliest beginnings and what has inspired them most over the years.

I discovered guitar music around the same time I started stealing my sisters' little acoustic guitar for hours at a time trying to learn my new favourite songs. Those two passions probably fall in conjunction as my first two loves. I can’t speak for the rest of the band but I assume they all fell in love with the Bassoon first.

There are probably two bands that have been the key inspiration on our musical output so far, the unadultarated lo-fi ambition of the classic Guided By Voices and The Beatles. Both have done so much to influence the way we view both fidelity and songwriting.

Game Of Pricks made me really believe that anything was possible. Hearing such a pure and brilliant pop song in such low fidelity really peaked my imagination as a teenager.

I have an alarm clock that plays Radio 2 when I wake up which is great because when I wake up I dont want to think too much so the commuter/mum pop on Radio 2 is a dream. I find myself humming those songs for the rest of the day. Bonafide bangers.

The first couple of records we put out were very much albums focused on matters of the heart. They were very lo-fi albums made in my living room in suburban London. Everyone would come and record there parts with the microphone I had being held-up in a shoe. Those were all songs about love and other people. Our new album which we recorded in Abbey Road is more focused on a personal coming of age and the frustration and apathy that comes with it. So I guess that means 2/3rds of our songs are about people in my life.

We got an invite to this years SXSW which is probably the biggest accolade we have to date but of course we didn't actually get to play due to COVID-19. We managed to make it as far as New York for our showcases as part of The New Colossus but had to get last minute flights back home instead of onwards to SXSW. So a pretty memorable moment but largely from the unfulfilled promise. Aside from that we went on a 3 week UK tour last year with just 1 rest day. It was pretty intense and Georgia had only just joined the band so I can only imagine how intense it was for her. It was a really magical tour and we played some amazing shows. As a DIY band it still feels like an enormous achievement.

We’d have got together somehow and started an accountancy firm. Of course.

Tugboat Captain's new single 'No Plans (For This Year)' is available to stream and download now. Have a listen to it in the player below.

Tugboat Captain · No Plans (For This Year)

6 hours 2 min ago With their highly-anticipated new album set to land later next month, Sylvan Esso have now unveil

6 hours 57 min ago As a co-founder and main songwriter for London’s 2-Tone/Ska/Reggae outfit The Kubricks, singer an