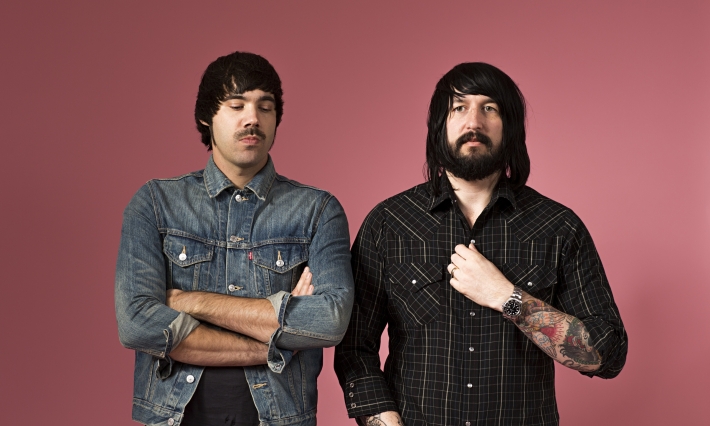 As debut albums go, Coves had one of the most underrated of the year. Matching the kind of electro-pop mastered by the likes of Chvrches and St Vincent, 'Soft Friday' was a true delight of a record that most people never even heard.

Having been eight years since his last studio album, Irish singer/songwriter Damien Rice returned in 2014 with possibly one of his best records to date. Stepping away slightly from his folk music origins, 'My Favourite Faded Fantasy' was a eclectic and diverse record made all the better by his effervescent personality.

Possibly also topping the list for weirdest album title this year, the Swedish electro-pop outfit Little Dragon returned with an exceptional new album this year. Making catchy tunes has been hard for this band but 'Nabuma Rubberband' was packed to the brim with them and made it a brilliant party record.

Known better for their infectious but low-key house music, The 2 Bears returned this year with a more eclectic affair. Taking influences from a whole range of genres, 'The Night Is Young' was a moment where the two producers flexed their creative muscles and produced a surprise-filled new record.

If there was one album that got people talking this year, it was Swans' 'To Be Kind'. The thirteenth studio album from these veteran US rockers saw them prove that a long career needn't be a downward trajectory. 'To Be Kind' was quality in a nutshell and looks like they aren't going anywhere soon.

Since leaving The Polyphonic Spree, multi-instrumentalist St Vincent's solo career has been solid but reached a real zenith in 2014 with her fifth studio album. The self-titled record was an instant classic mixing electronics with her alt-pop sound, to give us a real treat for the ears.

If you thought Britpop was dead, then think again. UK four-piece Superfood brought that 90s guitar sound screaming back to this century with gusto. Nostalgic at times but a fascinating rekindling of forgotten sounds, done with same enthusiasm as Stone Roses' debut.

As comebacks go, nothing was bigger than the return of Death From Above 1979 this year. After a 10-year hiatus, the band regrouped and produced a brutal juggernaut of a record. A little more sombre this time, but still holding the reigns as one the world's noisiest bands.

A record three years in the making, Imogen Heap's 'Sparks' was as interesting as it was enjoyable. Using instruments and techniques purposefully designed for this album, 'Sparks' was a great leap forward in music technology, held together by Heap's ever-growing musical talent.

After a quiet introduction, Jungle's self-titled debut album slowly become one of the must-have albums of the year. An atmospheric and eclectic affair, 'Jungle' was one of this year's best debut albums and will see the band go even further than we originally expected.

Hazlett - 'Even If It's Lonely'

Porridge Radio - 'Waterslide, Diving Board, Ladder To The Sky'