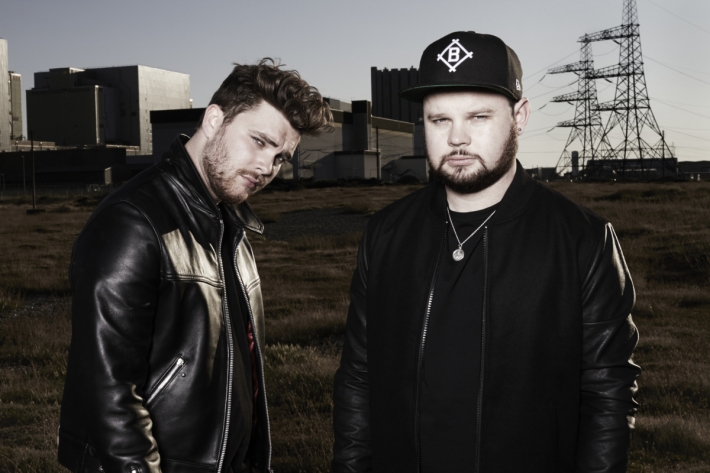 As the winners of this year's Mercury Prize, Young Fathers brought new life to the UK hip-hop scene which for year's had been dominated with pop grime and hollow verses. Their debut album 'Dead' was a stand-out achievement in British music and set an impressive benchmark for the scene as a whole.

Psychedelica was the buzzword of this year's musical zeitgeist and none gave us a more impressive debut that The Wytches. With a blend of psychedelic influences and grunge attitude, 'Annabel Dream Reader' was a true original of this year and brought the band international recognition from the off.

Becoming the first rock act to top the UK album charts in over three years showed exactly how well these two Brighton lads had won over the nation. With grizzly guitars and high-octane's drums, Royal Blood's debut album became the must-have album of the year and gave them one of the best opening receptions we have seen all year.

Having skirted the peripheries of the US indie scene for sometime, New York-based outfit Field Mouse returned with one of the most refreshing albums of the year. With a stripped back rock sound, 'Hold Still Life' was an underrated masterpiece that we feel was overlooked by this year's press.

Coming off the back of her incredibly successful 2012 album 'Born To Die', Lana Del Rey managed to reignite herself with an incredible flair with her latest record. Still crooning her way through depression and heartache, 'Ultraviolence' gave her that edge to make her return even more triumphant.

Having been almost completely ignored for most of their career so far, US outfit The War On Drugs returned with their third album 'Lost In The Dream' and with it, an insane amount of kudos from every corner of the world. While still not at the level they deserve, the band quickly become one of this year's cult favourites.

A weird and quirky three-piece, Happyness gave us a truly inspired debut album that lived up to the hype they had been building all year. A great first record that has already won over critics from all corners of the music press.

It had been a long time coming but since we first heard George Ezra's debut EP 'Have You Heard The Rain?, we knew this kid was special. Emerging onto the scene with all the momentum of a derailed juggernaut, Ezra debut full-length 'Wanted On Voyage' was received with open arms this year and made him a household name throughout the country.

As one of the most prolific bands in the world, releasing new material every year since 2008, Rubblebucket's fourth studio album 'Survival Sounds' was that perfect cross between catchy and danceable. A quality we haven't heard from bands since the indie heyday of 2004.

Having lost their bass player to cancer in 2011, the return of TV On The Radio was cautious at best, but they still managed to pull off one of the biggest returns of the year. 'Seeds' was a back-to-basics release from the group that managed to turn tragedy into an opportunity to grow even stronger.

12 hours 7 min ago With their eagerly-awaited new album landing in the coming months, Superorganism have now dropped

15 hours 12 min ago With a bold and blistering array of gems under his belt already, including the breakthrough anthe