ARTIST OF THE WEEK: No.287 - Children Of The State

ARTIST OF THE WEEK: No.287 - Children Of The State 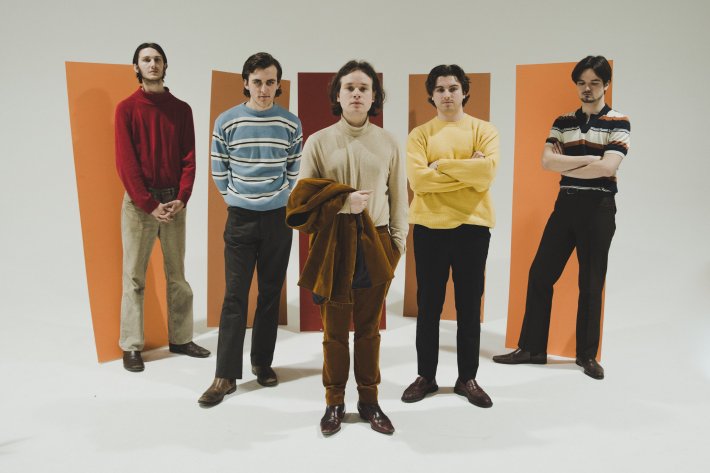 Following on from a wave of highly-praised EPs including 'Gideon's Bible' and 'Kill Your Darlings' over the last couple of years, Doncaster-via-Bolsover indie-rock outfit Children Of The State now kick off their 2020 campaign with the release of their latest single 'Big Sur'.

Produced by The Coral’s Ian Skelly and engineered by Chris Taylor at Liverpool’s iconic Parr Street Studios, the five-piece look to follow in the footsteps of Arctic Monkeys with this smooth and romantic new groove. Filled with sweeping guitars and some truly swooning vocals, their latest offering looks set to give them a hell of a year to come.

Speaking about their latest release, the band said, “'Big Sur' was born out of a lot of grey days on an industrial estate in Doncaster wanting to be at the beach. We were listening to a lot of Dick Dale and Beach Boys at the time and wanted to capture that 60s surf sound but bring it into 2020., but struggled to capture the vibe in Sheffield. We figured we’d get closer to the coast, so got in touch with Ian Skelly from The Coral, and spent a few days there creating it.”

Check out the new video for 'Big Sur' in the player and see the band's upcoming live dates below.

1 hour 46 min ago Following on from the release of their highly-praised mixtape 'Rōnin I' in March last year, UNKLE