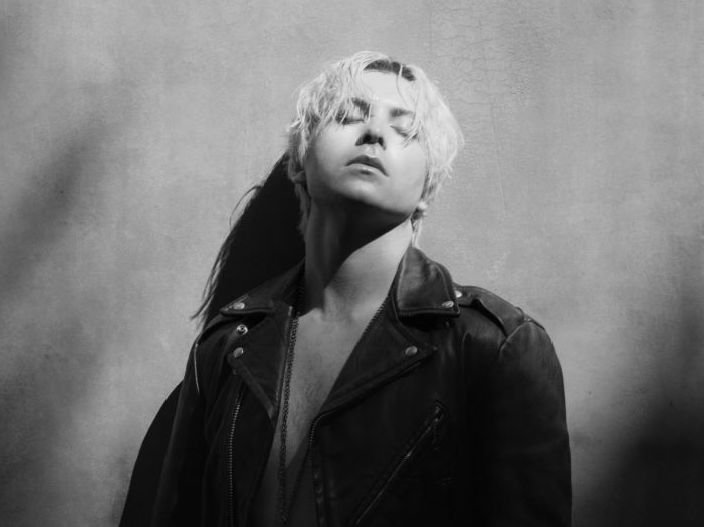 The 80s have obviously remained a source of great inspiration and passion for many artists emerging at the moment, but very few can say that they literally have the 80s scene in their blood. As the son of Dave Stewart of Eurythmics and Siobhan Fahey from Bananarama and Shakespeares Sister, Django Stewart was always going to make a grand entrance into the music world at some point, and now the 29-year-old has delivered his debut single 'Burning Bridges (For Your Love)'.

Co-produced by Douglas Hart from The Jesus and Mary Chain, 'Burning Bridges (For Your Love)' looks to bring a new and vibrant alt-pop side to his family's legacy. Filled with pulsing and uplifting production, blended effortlessly with his own sweet and sultry vocals, the frontman makes an incredibly bold and captivating introduction that comes with an expertly formed video from renowned director Sophie Muller.

Speaking about his debut offering, he said, "The track is about being in a relationship thats dying, and subsequently falling in love with someone else. I was in the Bahamas when I was sent the beat. Me and Tyler Aubrey, who features on the track, danced around talking about crushes and wrote the whole thing in a heartbeat."

While adding about the video, "I ended up working with Sophie as she raised me from time to time while mum was working. I grew up binging on her videos and we would watch cult classics together and Id feel smart for studying movies like Carrie or Psycho. I wanted to ask her to work with me when the time was right. We shot this video on a super low budget."

Django Stewart will also unveil forthcoming release later this year that will feature special guests such as Nile Rogers, and track collaborations with SG Lewis & Able Heart. Check out the new video for 'Burning Bridges (For Your Love)' in the player below.

16 hours 28 min ago With their highly-anticipated new album set to land in just a few weeks, Nathaniel Rateliff & The

11 hours 22 min ago After establishing himself with his glittering debut single 'Vodka & Cola' earlier this year, 18-