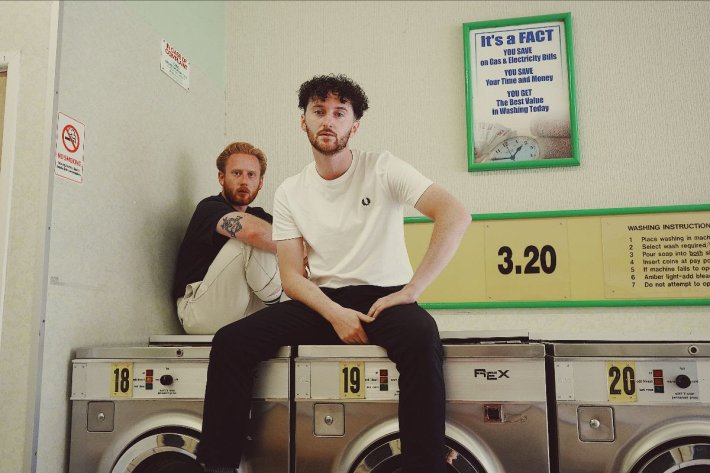 After cementing themselves with their stunning debut EP 'Here's To Being Alive' in recent months, a release supported by the likes of BBC Radio 1, DIY, Dork, Spotify's New Music Friday and more, Liverpool's Bandit are back once again with their killer new single 'Vagabond'.

Continuing to explore more of that bold and euphoric indie-rock sound they are known for, 'Vagabond' makes for a brilliantly engaging listen. Jam-packed with explosive hooks, a soaring atmosphere, and catchy vocals layered throughout, this lot are quickly establishing themselves as one of the most exciting new acts on the UK music scene.

Speaking about 'Vagabond', they said, "It was one of those rainy overcast evenings in a bar in Liverpool and there we were, as brazen as ever. Stood within the midst of a smoking area on a night out trying to convince yourself that this familiar feeling isn’t that L word that we’re all scared of. It’s evident that we’re a bad idea, we both know that, but who doesn’t enjoy a slight catastrophe. Imagine the sass of Mia Wallace embodied in a girl, I stood no chance, love was always going to be on the table. Vagabond is quintessentially a tale of romance between two friends and trying to fight yet confess feelings and riding a night out together within the confines of secluded courtyard slowly filling up with smoke, the great beginnings of a romance novel if you ask me.”

'Vagabond' arrives alongside news of a new UK tour from the group, details and dates of which can be seen below.

3 hours 23 min ago With her highly-anticipated new album due out early next year, Låpsley has now unveiled the next