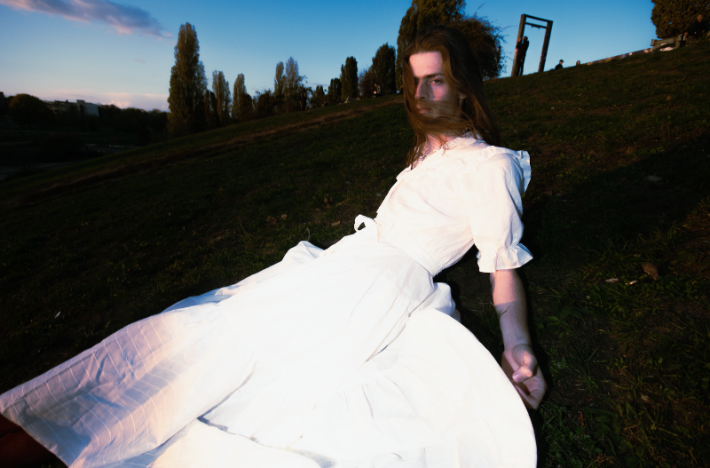 Having already made a name for himself as the frontman of Blaenavon for the better part of the last decade, Ben Gregory is now looking to breakaway from his formative guise as he announces his new solo project, alongside the exciting new single 'Deathbed Hangover'.

Produced by old friend Blaine Harrison of Mystery Jets and engineer Matt Twaites, 'Deathbed Hangover' was written during a turbulent time in Gregory's life. Receiving treatment in psychiatric hospitals as his band began to dissolve, the new song was created to aid in his recovery, and help him enter the next phase in his musical evolution.

Speaking about the new offering, he said, “Deathbed Hangover is about the self-destructive tendency of total immersion in entertainment. My brain has the consistency of mushy peas because my telephone is so seductive. I tried to play this against more traditional fears of aggressive technological expansion: communities moving underground in a Wellsian nightmare. The laptop-screen light is our never-setting sun, which I think is accidentally a Mr. Burns reference. I recorded this song during lockdown after hard-binging Watchmen (2019) and finding Reznor/Ross’ soundtrack overwhelmingly beautiful. I hope I referenced some of that in a decent light. (Bear in mind I am just a guitarist randomly mashing computer keys.) Interesting fact: The demo of this song was always labelled ‘(unmixable version)’. I like to think the original chaos carries through, but Blaine (Producer) and Matt (Engineer, Mixer) managed to make a version that verges on listenable.”

'Deathbed Hangover' is set to be the first of many new releases from the artist in the coming months, and can be streamed in the player below.

3 hours 5 min ago Following on from the release of their highly-praised 2020 debut LP 'Bedroom', bdrmm have now ann

1 hour 35 min ago After spending the last few years delivering a wealth of fresh and explosive anthems, Iowa-based