The band's new album 'Positive Rising: Part 2' is out in July 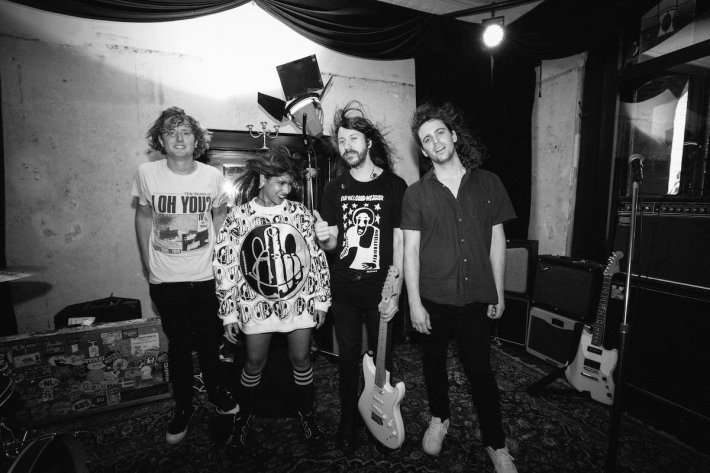 With their highly-anticipated new album set to drop in the coming months, DZ Deathrays have now returned to share another cut lifted from their forthcoming new full-length.

The new single 'Fear The Anchor' sees the team up with Melbourne artist Ecca Vandal for the release, and follows on from the previously shared tracks 'All Or Nothing' and 'Fired Up' in previewing their fifth full-length 'Positive Rising: Part 2', which is out on the 9th July via Alcopop! Records.

Speaking about the collaboration, guitarist Shane Parsons said, “We asked our good friend Ecca Vandal to join us on this track. It was such a pleasure and honour to have Ecca on ‘Fear The Anchor’, she absolutely shreds it! We actually changed the key in pre-production so both our voices fit the track and I think it was for the better. When it came to working on it in the studio it was really fun to bounce ideas around between everyone and have Ecca add extra melodies throughout the song. I hope we all get to share a stage again and thrash this one out!”

While Ecca added, “I'm a massive DZ fan! I get hyped listening to their records and their live energy is just wild, so it was super cool to finally collab on something! They are all such killer musicians and songwriters, consistently releasing quality music. I’ve always been inspired by their endless creativity and drive!”

Have a listen to 'Fear The Anchor' in the player below.

Following on from the release of his highly-praised 2018 LP 'Good Thing', Leon Bridges has now announced his plans for a new studio album, arriving... 8 hours 1 min ago

Having remained largely silent for the last few years, Martha Wainwright has now returned to announce the details behind her next studio album.... 13 hours 42 min ago

Following on from the release of his highly-praised 'In Limbo' EP last year, Max Pope has now returned to share a brand new single. The new track... 15 hours 50 min ago

8 hours 1 min ago Following on from the release of his highly-praised 2018 LP 'Good Thing', Leon Bridges has now an