Their new album 'Raw Data Feel' is out in May 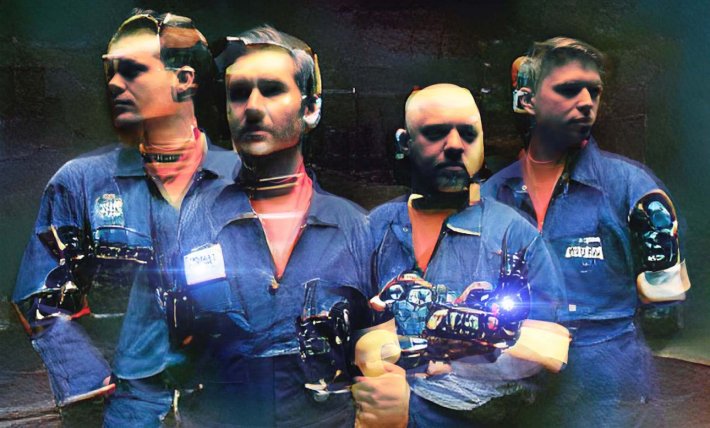 With their highly-anticipated new album out in the coming months, Everything Everything have now dropped the next cut to be lifted from their forthcoming full-length.

The new single 'Teletype' comes accompanied by a brilliant new video, created by the band's Jonathan Higgs, and follows on from the previously shared lead track 'Bad Friday' in previewing their new LP 'Raw Data Feel', which is out on the 20th May via Infinity Industries / AWAL.

Speaking about the new offering, they said, "This song began in a very experimental way, with Alex and Jon sampling voice and guitar then putting it through a process that randomised each chord in a chaotic and glitchy rhythm. A very direct song, straight from the heart, with a fresh new openness that we felt was a good scene-setting for the record."

While Higgs added about the visuals, "The video consists of human faces that were completely generated by AI, singing the song. It also includes several grotesque experiments that didn't work, where the machine thought it was making a person but failed."

Check out the new video for 'Teletype' in the player below.