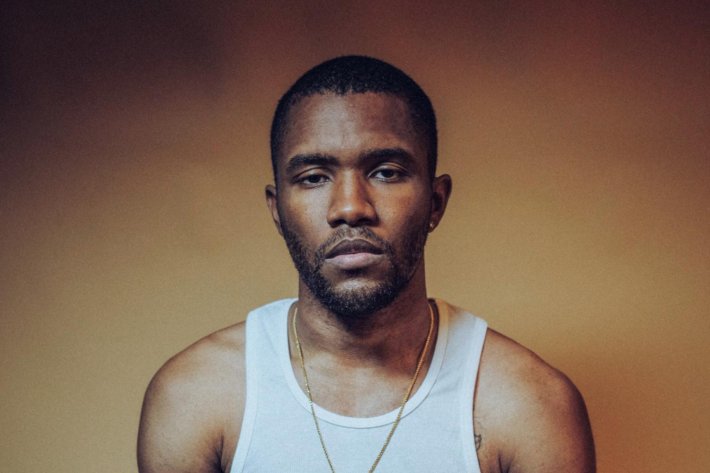 As far as hype for a record goes, Frank Ocean managed to reach almost Daft Punk levels of buzz around his latest release. Having been four years since his critically acclaimed album 'Channel Orange' dropped, the suspense in which he built his latest work was a masterclass in PR and expectation. And after months of absolutely no information whatsoever, we were finally treated to 'Endless', a visual album which Ocean streamed exclusively through Apple music. As it turned out 'Endless' wasn't the actual album we had been waiting for, but in fact a precursor to 'Blonde', the "real" new Frank Ocean album. On the surface, people were more than ecstatic to hear not one but two new albums from one of the best new songwriters of this decade. But as time has moved on, it seemed Frank had an ulterior motive when it came to this plan.

When you look at which record label released these two albums, you'll notice something quite odd. 'Endless', the first of the two records was released through Ocean's regular imprint Def Jam, 'Blonde' however was sent out through 'Boys Don't Cry', the original working title for the album which ended up being used as the name for an accompanying magazine for the record. This is because Frank Ocean's contract with Def Jam stipulated that he owed them one more album before he was up for renegotiations. He fulfilled that quota with 'Endless', leaving 'Blonde' to be self-released through a new label he just formed. But why would he do this? Because Frank Ocean knows exactly what he needed to do in order to gain musical independence.

While this isn't the first time an artist has pushed out music in order to get out of a contract with a label. Prince of course famously changed his name to a symbol in order to get out of his contract with Warner Bros many years ago. But this was no ordinary release. As I stated in the beginning, this was possibly one of the biggest albums of the last few years and easily the most highly-anticipated of this year so far. When Frank Ocean released 'Chanel Orange', he was an up-and-coming new name on the scene, heavily affiliated with Tyler, The Creator's Odd Future collective and providing guest vocals on Kanye West and Jay-Z's joint album 'Watch The Throne'. And just like Kanye and Jay, Ocean has seen the benefits of having creative control over his own music. Realising that he no longer needs a label to back his work, he could go off and release all the music he wanted without having to share the profits with anyone. Provided he was no longer attached to anything when it came to releasing the most important album of his career.

While it may seem like a shady trick to pull, its hardly a bait and switch towards Def Jam. Both 'Endless' and 'Blonde' are two of the best albums we have heard all year, and it is clear that Ocean worked hard to deliver the best he could on both releases (even if he did save Beyonce and Kendrick Lamar's contributions for himself). And if anyone has come out on top of this, it is us, the listeners, who now have two Frank Ocean albums to enjoy for the rest of the summer. But it does beg the question about whether artists truly need record labels when they get to a certain point in their career? Universal Music, Def Jam's parent company, are currently trying to "outlaw" exclusive album releases through streaming sites, all because Ocean chose to one over on them for his own benefit. So again, this plays well into the narrative that labels will no longer be able to hang on to their most lucrative acts as they no longer have a controlled monopoly over how much exposure they can give to an artist.

“Shame on you Frank, and shame on everybody else who takes money from Apple and screws fans. There’s enough money in music without taking every last buck, and the joke is on you, for thinking so short term, you want your music available to everybody, because in these days of information overload we need nobody, everybody is superfluous, you don’t want to enter the marketplace with one hand tied behind your back.” - Bob Lefsetz, The Lefsetz Letter

When the industry first formed more than 60 years ago, artists had no choice when it came to being signed to a label. Music labels were the financial goliath artists could lean on when it came to creating and releasing their music. But since the internet and the availability of cheap and easy to understand music production software, artists are making themselves more independent every day. Frank Ocean is simply the latest name in an ever-growing list of acts whose money and popularity means they no longer need to help of other organisations. And by releasing 'Endless', he managed to leave his most valuable asset in his own hands and begin his own musical empire.

In all, Frank Ocean has left those struggling days behind him, and like so many of his peers, has joined the ranks as an self-sufficient independent artist. One who knows how to build up a frenzy around his music and keep us wanting more.

Getting To Know... Jewelia

15 hours 49 min ago Having spent the last few years releasing a flurry of bright and shimmering alt-pop delights, Lon